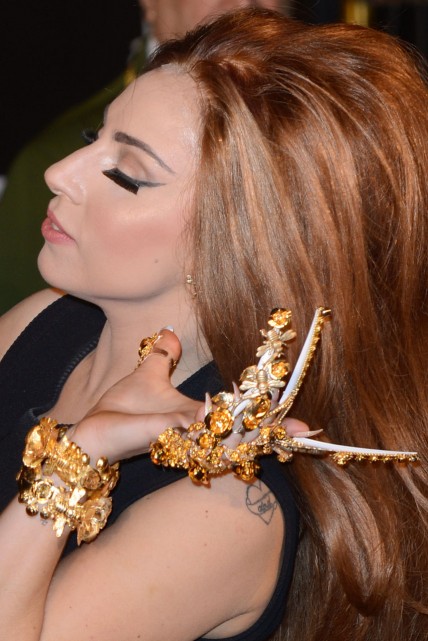 Lady Gaga launched her new Fame fragrance at Harrods Sunday night in the only way she knows how: with something daringly different adorning her body.  The star prevented a long black dress from being disappointingly safe by wearing gold, claw-like rings on her hands. The gold and black theme is a nod to the... [more inside]
bottle of Lady Gaga’s first scent that sports the same colors and is the first ever black fragrance that becomes clear once it is sprayed onto the body. To work alongside the very unique gold claw the singer wore an auburn hairpiece and played down her make-up. While her outfit may not have caused controversy this time, her behavior certainly did. 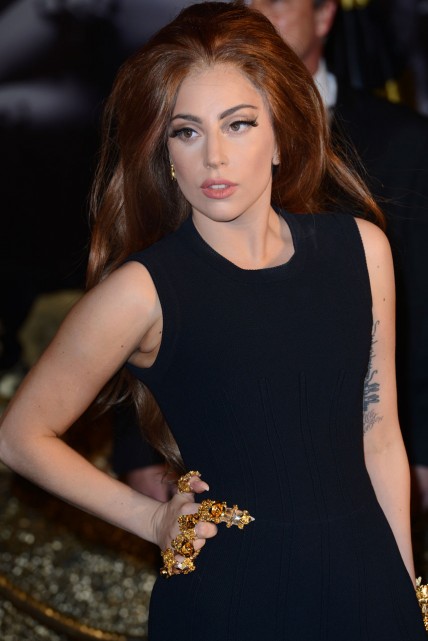 The singer was booed at the launch after she failed to walk the full length of the specially-themed black carpet and greet the fans who had been waiting for up to four hours. However, competition winners were treated to a tea party with the star inside the store and dined on black macaroons. It’s unlikely this slip-up will harm sales of the scent, though, it’s believed to have sold six million bottles in its first week, making it the fastest selling fragrance after Coco Chanel. Fame clearly suits Lady Gaga well. 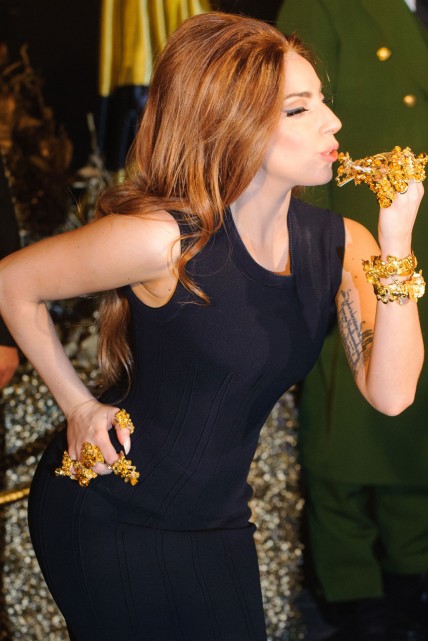 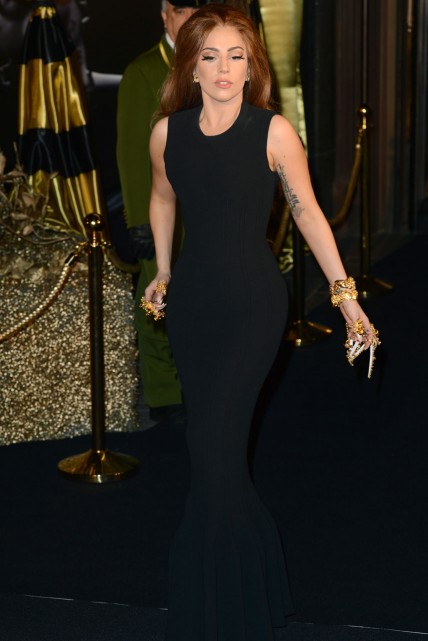