'American Idol': The Randy Jackson Era Is Over 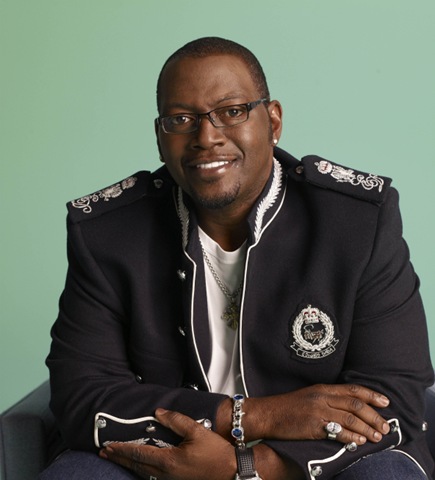 It’s official: Randy Jackson is leaving American Idol. The longtime judge and last remaining member of the original panel, which featured Simon Cowell and Paula Abdul, exits the program after 12 seasons.
"Yo! Yo! Yo! To put all of the speculation to the rest, after 12 years of judging on American Idol I have decided it is time to leave after this season," he told E! News. "I am very ...
proud of how we forever changed television and the music industry. It's been a life changing opportunity but I am looking forward to focusing on my company Dream Merchant 21 and other business ventures."
The news comes just hours after The Hollywood Reporter reported that fellow Idol judge Mariah Carey is no longer being managed by Jackson.
Meanwhile, rumors have circulated that producers could be eyeing an entirely new panel for next season. A rep for Fox declined to comment.
Idol's ratings slide continues, with the show down 22 percent this season. Fast national ratings show Wednesday night's Idol dropping a tenth of a point among adults 18-49, though adjustments should see it matching or besting last week's showing. The penultimate performance show of the season averaged a 2.8 in the key demo. In the 8 p.m. hour, it lost to a special outing of NBC's The Voice (2.7 adults over Idol's 2.5 adults), which topped it by two tenths of a point. (In viewers, Idol had the edge that hour, 9.5 over 8.7 million.) Fox averaged 10.8 million viewers for its two-hour block.
The show has struggled with battles between freshman judges Mariah Carey and Nicki Minaj -- both onscreen and on Twitter, and older-skewing theme nights (among season 12's guest mentors: Smokey Robinson and Harry Connick Jr.) haven't helped.
Jackson, however, has been the one constant in the series' 12-year history. Initially cast in 2002 for his industry know-how as a longtime producer and seasoned bass player, his signature "dawg" comments became a pop culture punchline that persists even today.
Based out of Hollywood's Henson recording studios, Jackson continues to work recording and producing music, most notably with Mariah Carey. The two go back to their respective Columbia Records days, when Jackson was vice president of A&R during the 1990s and Carey was signed to the label from 1988 to 2001.
Expect a big send-off on next week's season 12 finale, as Cowell received when he exited the show after season nine.