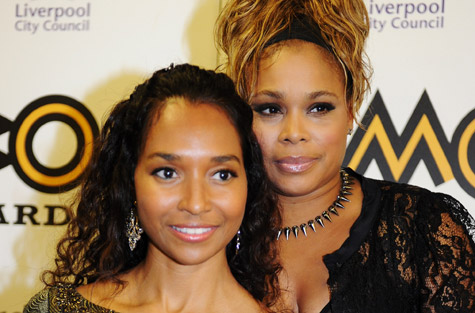 The annual Mixtape Festival has announced its 2013 lineup, and among the pop artists performing are the surviving members of groundbreaking girl group TLC. Eleven years after the death of Lisa "Left Eye" Lopes, Tionne "T-Boz" Watkins and Rozanda "Chili" Thomas will perform at the event, taking place at ...
Hersheypark Stadium in Hershey, Penn on July 26-27. TLC's last high-profile performance came in May 2011, when T-Boz and Chili performed on "American Idol."

TLC will perform on the second day of the annual festival, along with Boyz II Men, the Jonas Brothers and New Kids on the Block. The first day's lineup includes Train, the Script, OneRepublic and Hanson. Last year's Mixtape Festival was notable for including the reunion of 98 Degrees, which will release its comeback album, "2.0," on May 7. Kelly Clarkson, the Fray and NKOTBSB also performed at last year's event. Tickets for Mixtape Festival 2013, which will be presented by Live Nation and VH1, go one sale on Friday, May 10 at 10:00 am ET. Here is the lineup for this year's Mixtape Festival: