KELLY ROWLAND, THE-DREAM TEAM UP FOR LIGHTS OUT TOUR 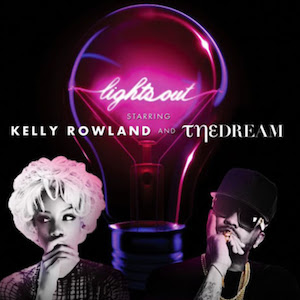 About a week ago, The-Dream teased us with a joint tour featuring himself and R&B songbird Kelly Rowland. Well, it looks like it’s going to happen this summer. Cities and dates have been announced for the dynamic duo’s Lights Out tour. The 11-city trek kicks off May 25 in ...
Kansas City, Mo., and will hit major cities like Baltimore, Boston, New York, Cleveland and Chicago before winding down in San Francisco on June 26. Both artists will be promoting their fourth studio albums together on the tour. The-Dream’s effort, ‘IV Play,’ releases on May 28, while K.Row’s LP, ‘Talk a Good Game,’ drops June 17. Interestingly, The-Dream produced two tracks on Rowland’s album: ‘Dirty Laundry’ and ‘Skywalker.’ There’s also a track featuring Destiny’s Child alums Beyonce and Michelle Williams called ‘You Changed.’

“It just feels so good and it’s so soulful and the girls’ voices sound incredible on it,” Rowland says. “I think we are going to shock people with this record.” Tickets for the Lights Out tour featuring Kelly Rowland and The-Dream are on sale at livenation.com.

Check out “Lights Out” Tour Dates