Justin Timberlake: 'I get why people laughed at FutureSex/LoveSounds' 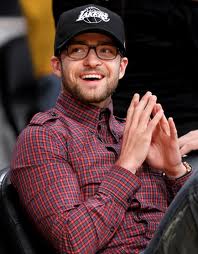 Justin Timberlake has admitted that he can "understand" why people laughed at his second album FutureSex/LoveSounds. The 'Mirrors' singer has spoken out about the criticism he received for the 2006 album in a MySpace interview.  He said: "When I put it [FutureSex/LoveSounds] out, everybody was laughing at me - critics, radio programmers, and to their credit, I understand why. "But I wanted to do something ...
different at that time. I wanted to do something that was like, this is like nothing I hear on the radio. That was my effort with that one.
"I got like terrible reviews on that record, and so to talk about it now... I just think that Tim [Timbaland] and I were onto something different, and I just think that anytime you put out something different, it's polarising. And polarising is good, I think, because polarising starts a conversation."
The LP produced the hugely successful single 'SexyBack' as well as hits like 'My Love' and 'What Goes Around... Comes Around'. 'SexyBack' was Timberlake's first UK number one, with his second being latest single 'Mirrors'.
The 32-year-old also spoke about his upcoming collaborative tour with Jay-Z, saying that they share a desire to do something "special" for their fans.
"I think he likes to do things for his fanbase that are special, as do I, and we just thought, we share a lot of the same style, actually. I bet we share a lot of the same fans, you know what I mean?
"I remembered artists like Billy [Joel] and Elton [John] went on tour together and you just see them mash up their songs together, and I said, that's what it has to be. We have to just go out on stage for two hours and just non-stop, kill it and then go have a beer or whatever," he continued.
"We're both on this thing where we're not into a lot of tricks. We just want to come play and fry everybody's face off with the songs and everybody have a great time. Almost festival style."
The pair will play stadiums in the US in July and August. However, they will kick off their 'Legends of the Summer' tour at Yahoo! Wireless Festival in London on July 14.
Timberlake's latest album The 20/20 Experience hit number one in the UK last weekend (March 24) as well as reaching the top spot in the US. In the States, the record sold just under one million copies in its first week.