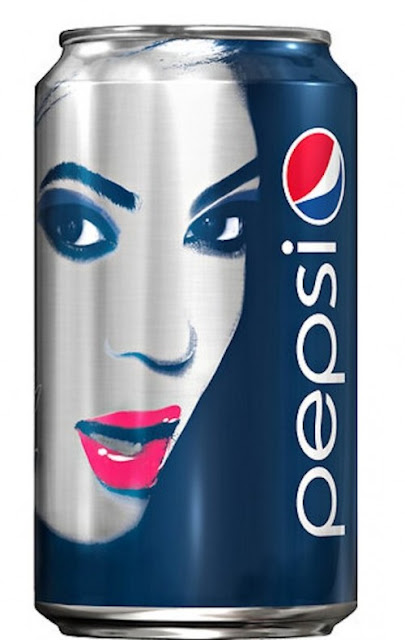 Gist Has been circulating that Pepsi and Beyonce recently signed a $50 million deal that will yield additional soda commercials starring the mother of Blue Ivy as well as soda cans featuring her bright-pink lipsticked visage. But that is not all. According to the Times, the company “wants to get into the Beyonce business,” which means the beverage maker also plans to spend millions of dollars “to support the singer’s chosen creative projects.”
Translation: Beyonce has just received the equivalent of a ...
MacArthur genius grant from a company that manufactures carbonated sugar-water.
As close trackers of the career of Queen “Halo” will recall, Beyonce has worked with Pepsi before. She has appeared in several of its commercials and also signed on to headline this year’s Pepsi-sponsored Super Bowl. But this “partnership” — which could fund a variety of Beyonce-related projects, including live events, videos or whatever creative endeavors Beyonce is in the mood to pursue on a given day — takes things to another level.
The Times piece asks whether this will be a savvy move for Pepsi, noting that other corporations who have entered into semi-similar, mutually beneficial relationships with artists may not always reap much benefit from it. I wonder whether this is a good move for Beyonce.
In a recent column, I argued that the pop megastar made a narcissistic but nevertheless smart move by moving forward with that aforementioned HBO documentary because it reinforces Beyonce’s brand as an in-control, self-made diva. But I am not sure this Pepsi marriage reinforces that same image. “Who run the world? Girls ... with financial support from soda makers!”
Yeah, that doesn’t sound as good. And it may not sit well with fans who respect Beyonce’s moxie but don’t relish the idea of an artist they respect potentially selling out. Although maybe selling out isn’t even a concern anymore. Many consumers under the age of 35 can’t even remember a time when it was considered distasteful for a respected band to allow their song to appear in a national ad campaign. So a pop star on a Pepsi can may not even make anyone blink.
But an even greater risk for Beyonce might be overexposure. In the new year, she’ll be promoting a new album, performing during America’s most widely watched broadcast event, starring in her own movie and undoubtedly showing up in media story after media story.
If even the soda aisle does not provide a respite from Beyonce Mania, one has to wonder if Knowles Fatigue may begin to settle over a nation that has largely embraced Beyonce but may not be ready, just yet, to imbibe her.