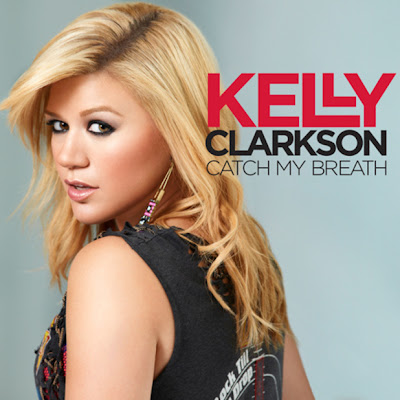 The singer has confirmed that she will release 'Catch My Breath' as her next cut, which will premiere on radio on October 16. Clarkson also posted the accompanying artwork on Twitter, which sees her looking back over her shoulder while stood in front of a grey backdrop. "It's been a decade now since I won...
American Idol," Clarkson stated. "Sometimes it feels longer because although it has been exciting that was a lot of pressure to have as a 19-year-old girl.

"To own a company, lead an organisation as a business woman, and be able to create music I'm proud of has been tough but inspiring for me.  "To celebrate the strength and longevity that my fans, friends, and family have supported me with I wrote this song 'Catch My Breath' with one of my best friends that has seen me through everything.  "This song represents who I've been, what I've felt, and where I'm headed as not only an artist but as a 30-year-old that is now smart enough to know that it's time to stop, catch my breath, and be proud of not only what has been accomplished but of all the people that have helped me become the woman I am today."
She added: "The song will be part of my first ever greatest hits coming in November. Thank you everyone that has been a part of my career and life. Here's to another decade of passion and fun! I hope you like the song…it's coming next week!"
'Catch My Breath' will serve as the lead single from Clarkson's upcoming Greatest Hits - Chapter 1 collection, which will be released on November 19.
Clarkson has released five albums to date and has sold over 20 million albums worldwide.
Her most successful record is 2004's Breakaway, which has sold 12 million copies worldwide, with 1.5 million in the UK alone.
Posted by afowzocelebstar