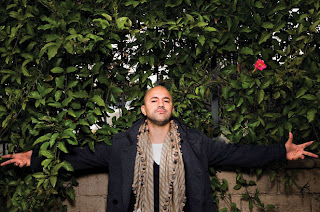 Five years ago, the Billboard Hot 100 was a safe haven for the type of funked-up electro Timbaland was making for Keri Hilson and Justin Timberlake, but relatively free of techno-synth choruses and strobe-light breakdowns. America has certainly had its dalliances with Euro-style dance music, but mass pop audiences never quite bought into the glitzy brand of techno that could sell out Ibiza.


But in 2008, when Moroccan-born producer RedOne (real name: Nadir Khayat) conjoined his globally honed dance sensibilities with ....
Lady Gaga's subversive star power for a string of top 10 hits, the entire industry shifted. Their first hit, "Just Dance," spent 49 weeks on the chart, three of those hovering at No. 1; "Poker Face" was its chart-topping follow-up.

While RedOne's singles for Gaga, including "Bad Romance" and "Alejandro," continued cracking the top 10 into 2010, he was enlisted for flashy synths on Usher's "More" and Enrique Iglesias' "I Like It" -- each cementing the growing demand for spacey, big-room club tracks.

As the American industry catches up to a sound that Europeans perfected a decade ago, RedOne hopes to propel his music forward. The global nature of his upbringing-in Morocco, Sweden, the United States-has helped him understand mass markets worldwide, and right now he's betting on Porcelain Black, a new artist on his imprint 2101 who blends traditional rock with gritty dance beats. 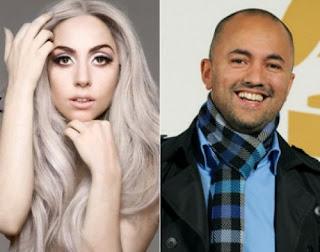 But the ultimate test of RedOne's scope will be his work with U2 -- one of the only groups on the planet bigger than Gaga, with fans equally as fierce -- which he's taking, he says, in a more futuristic direction. If RedOne ends up getting Bono to a rave, the world will indeed be his.

How would you describe your sound?

RedOne: The songwriting is the first thing, before any sound. Musically, I feel like I have no boundaries. I can do rock, disco, dance, whatever. I'm always thinking about a strong melody that travels the world. Before I knew English, I loved melody. That's how the rest of the world knows songs-melody is the universal language. It's so important to me, because they're the consumers, and you want to send a message to their hearts and their souls.

You've been successful with that. But how do you know what people want?

I travel a lot. I'm from Morocco, I lived in Sweden, the U.K., New York. If you're only in America and listen to American radio, you don't know what's going on outside. Traveling to Africa, they know everything that's going on-Moroccan styles, Middle Eastern styles, flamenco from Spain, dance music from Europe, rock music in America and all that. I always loved all kinds of styles so I know what's going on constantly. It's part of [the] job, to know what people like.

All her music is chord progressions that would work with a piano or a guitar, not just a loop doing one straight note. Of course it's a dance vibe that's going to make people move, but [it's about] the song. The first song that really broke was "Just Dance," which was essentially a rock track but with synths instead of guitars. Big drums. The vocals were the melody, with a simple chorus. Thank God we were lucky and it was perfect timing. The moment the public heard it, they bought into it. Big DJs-I'm not going to mention names-come to me and thank me for opening those doors for them. They say, "If it wasn't for you, we'd just be doing remixes. Now we're producers."

And now you're recording with U2. What's your approach with the band's project?

I'm a guitar player, so it was just me and Bono and Edge playing guitar, exchanging melodies. We were just like musicians jamming. I loved it.

We've put down a few ideas, but we don't know how many will end up on there. They have a very special way of working. A song is never done until the day before it comes out almost, so you never know. They're always experimenting, so it's not like, "OK, we're finished." It's still an ongoing process. Bono described [the album as] "futuristic." U2 going sci-fi, or something [laughs]. That's how he described it, but I don't know.

You and Lady Gaga wrote tracks for the new album from Jennifer Lopez, who's a different sort of diva from Gaga. How did that work? 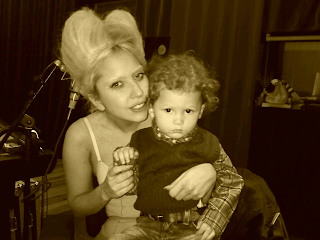 We sat down with her, had dinner and talked about where she is at now, what her image is. The thing that grabbed me is that she said, "I'm a dancer first." And we were like, "Yes, Jennifer Lopez has got to have dance music. She started as a dancer." So of course I had to make her move. She's incredibly happy with her family and her husband, and she's so inspiring-it was easy to make music with her.

What about your musical chemistry with Gaga?

We click. It comes naturally. It comes easy. It's shockingly quick.

Did you really write "Poker Face" in an hour?

Yeah. We hit it on the right spot. It's like, "Hey, this works." But if we come up with different suggestions, we respect each other, both the positive or the negative. We never spend energy on anything. She trusts it if I say, "Oh, maybe this is not the right thing," and vice versa. She would never say it just because. We just have fun.

You didn't do as much for "Born This Way" as you did for "The Fame." 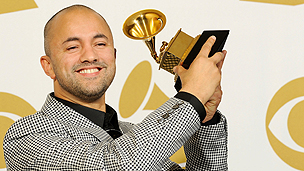 I did three songs-not that much, no. Honestly we were both crazy busy and with me it was sort of like, I did good songs. Whatever I did fulfilled a function on her album. But that felt really enough to me.
You've said you're always looking into the future. Where do you think you'll take it next?
The beautiful thing about music now is that it's not going to go toward one thing. I want to be able to prove that if you go this way, this way and this way, it will work. I always want to bring more freshness to the music
Posted by afowzocelebstar

Email ThisBlogThis!Share to TwitterShare to FacebookShare to Pinterest
Labels: Lady Gaga, Red One, U2