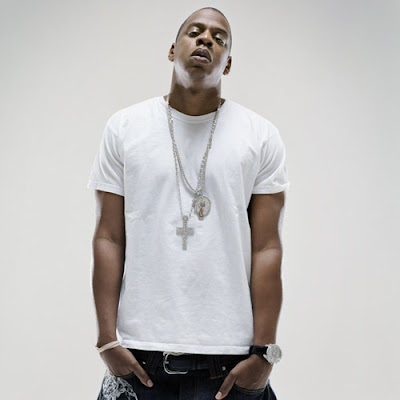 Gwenyth Paltrow has her own "lifestyle" web site called GOOP, where the award-winning actress (and now singer) makes suggestions for her readers regarding things like food, leisure and shopping. Now, Jay-Z has his own model, too, and it's called ...
Life + Times. You see, when you're really really rich and really really famous, it becomes pretty obvious that people want to know exactly what you do because, hey, if you're rich and famous, you must have done something right.

Anyway, Jay-Z proves with Life + Times that he's ultimately a true tastemaker, having graduated from being a best-selling rapper to fashion mogul, record label impresario, and husband to Beyonce (a.k.a. The Most Beautiful Woman On The Planet). In fact, we went through Jay's new site and found out five pretty cool things about Jay-Z:
1.) He's the Black Swan! JK JK JK, but Hova definitely loves Belgian hat designer Christophe Coppens, one of whose pieces is definitely reminiscent of Natalie Portman's possessed ballerina.
2.) His thumbs are agile, considering he eschews other, more popular touch-screen smartphones for the RIM Blackberry
3.) Ooh la la! Jay-Z looks to France for inspiration when it comes to hip hop, particularly in Parisian "beatmaker" Onra.
4.) Jay-Z likes to watch boxing matches: he's specifically keeping an eye on upcoming Miami-based fighter Andre Berto.
5.) He doesn't take shaving lightly, considering he's endorsing a shaving kit for men priced at over $1,000.
HOVA, we get that your life is amazing. That's awesome. You deserve it! But $1,000 bucks to shave off our 5 o'clock shadow? Dude, you've gotta be...wait for it...crazy right now.
Posted by afowzocelebstar