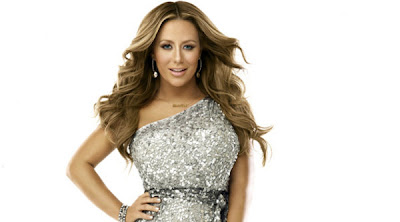 Aubrey O’Day is ready to fly solo. The former Danity Kane diva has inked a record deal and is prepping the release of her debut single.

After two successful albums with the female group, the blonde bombshell will release her solo effort on ...
SRC/Universal Motown, home to Asher Roth and Melanie Fiona. She has recorded at least 50 songs, including the electro-charged lead single “Automatic,” produced by DK collaborator Adonis.
The star of Oxygen’s “All About Aubrey” explained that the club banger is a sign of the times. “‘Automatic’ is the right fit for where music is headed now,” she told Billboard. “It’s a pop-dance track, but I wanted to go in the club and write a song about not having to put on all the glamour and the glitz.”
With her reality show inviting fans inside her world, Aubrey revealed that her as-yet-untitled solo release will be in line with what her former group would have recorded. “You’re gonna see a lot of club, dance tracks. A lot of what Danity Kane would have put on a third album,” she previously told Rap-Up TV. “I really want to push the standards and stay true to who I am as a person.”
“Automatic” will hit iTunes on April 12, the day after her show wraps its first season.
Posted by afowzocelebstar