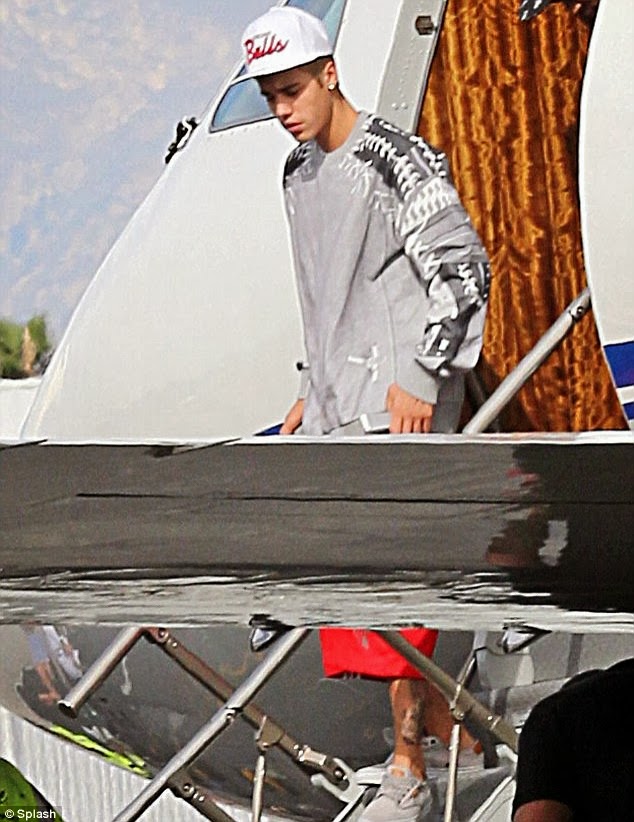 Things just keep going from bad to worse for Justin Bieber. Last week, upon landing in a private jet from Canada to Teterboro, New Jersey, Bieber's plane was detainedby the DEA and Customs and Border Patrol agents after they allegedly smelled marijuana. Following a search of the plane it was determined that ...
no illegal substances were found, which lead to the release of Bieber, his father Jeremy and a group of friends that were traveling with him to New York to attend some Super Bowl related events.

However, according to an official report obtained by NBC News, there was much more to this story. The report claims that the pop star and his father were reportedly "extremely abusive" to a flight attendant. After several failed warnings from the pilot to stop their "harassing behavior" the flight attendant was forced to seek refuge in the cockpit.
According to law enforcement sources, the pilots, whose license could be at risk if they failed a drug test, were forced to wear oxygen masks in fear of inhaling marijuana smoke. "The captain of the flight stated that he warned the passengers, including Bieber, on several occasions to stop smoking marijuana," says the official report of the incident. Upon arrival in New Jersey, Bieber was questioned separately and admitted that even though he didn't have any more marijuana in possession that he did smoke and drink alcohol. The flight crew declined to file charges against Bieber or his entourage, but the news follows in a growing list of legal troubles for the singer.
On Tuesday (February 4) it was announced that Bieber's trial surrounding his Miami DUI arrest, to which he has pleaded not-guilty, is set to begin on March 3. The date is just one week before he will appear in a Toronto court surrounding an assault charge. Na wa for nonsence
Posted by afowzocelebstar