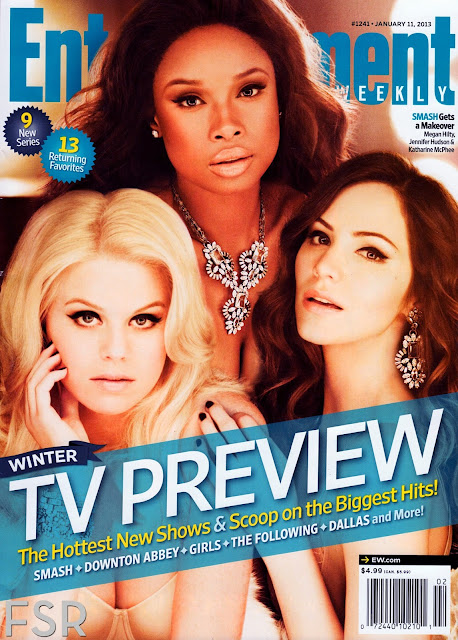 Jennifer Hudson, Katharine McPhee, and Megan Hilty take the cover of Entertainment Weekly‘s Winter TV Preview, on newsstands January 4. In the issue, the ladies talk about the upcoming revamped season of their show Smash, as well as the online criticism of Debra Messing‘s character’s scarves in season one.


“I thought it was really shocking, that it offended some people to their bone,” Debra said. “There were some virulent things written about these scarves.” “Who knew that Debra Messing’s scarves would become a drinking game? When I heard that, I was like, Really?” Megan joked.
FYI: The season one DVD of Smash will be hitting stores on January 8! The four-disc set features deleted and extended scenes, a gag reel, and multiple behind-the-scenes looks at the making of the series. Make sure to pick up your copy next week (if its released near u and as for Nigerians! u know what to do lol) 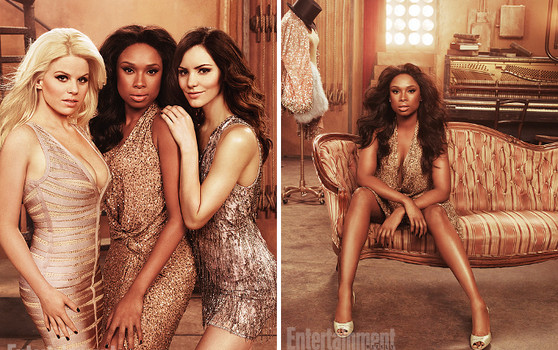