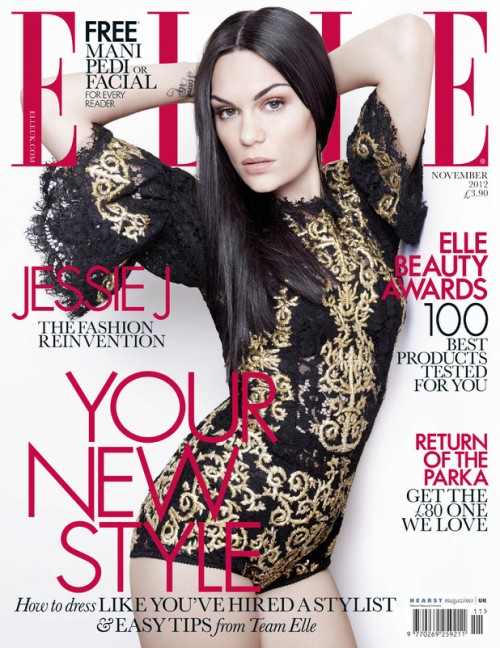 So you remember when Jessie J came on the scene 2 years ago and we were captivated by her "Dude"-like demeanor but you'll be surprised about the new transformation and the reason for the punk-cartoony image shes shelfing...
J, who recently sacked her stylist and hired Cobbie Yates, told ELLE:
“That really scary, spiky, cartoony kind of thing, that was me two or three years ago. Now, I’m definitely more embracing of myself as a woman and my sexuality and just being a bit more feminine.
I've always wanted to look like this, but it didn't grab people’s attention. And in the beginning you've always got to do something that’s going to make people go, “Who’s that?” ‘ (this i totally agree with ... smart girl)
Now, I’m definitely growing into fashion. It’s about confidence. Maybe I was a bit scared. I was a bit insecure about my body, about being too grown up. But I was a girl and now I’m a woman and I want to make sure I enjoy it.” 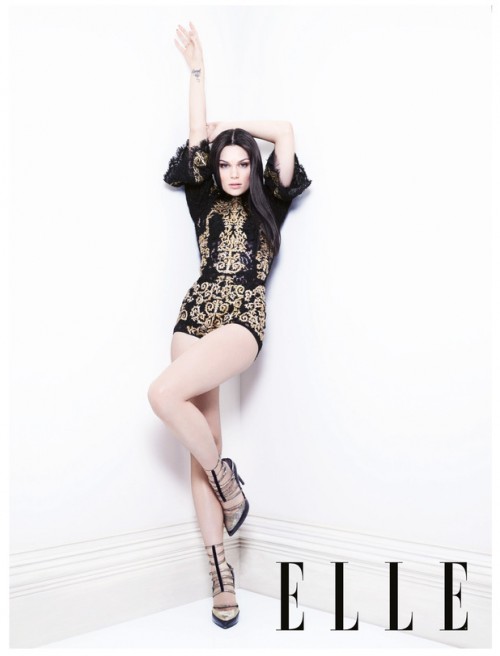 The insightful interview also saw Jessie address her personal life, more specifically her sexuality and the mass interest in it.
“It’s one of those things where they labelled me. Sexuality shouldn't define anyone. It doesn't define me. Love should be at the core of what you do. I’m only interested in finding love now.
I definitely want to get married and have kids and it’s just about making sure that the person who I meet and that I do that with is right for me.”
With the industry being at its most image-focal, Jessie’s outlandish look was a sure-fire hook to grab folks’ attention. And while some could argue it risky to ditch it before even releasing a second album (which it would be for your average artist), Jessie J’s talent precedes her. Hence should the “business” side of things be well tended to, there’s no reason she can’t keep “winning” no matter what she looks like. Right? i say yessss!!! 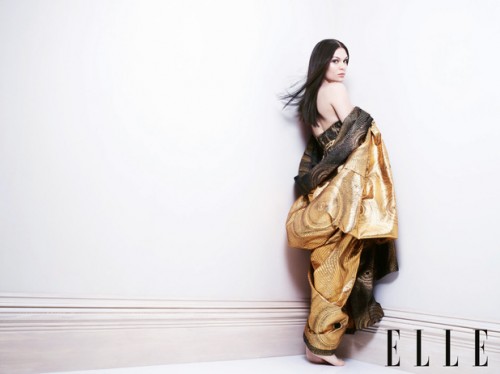