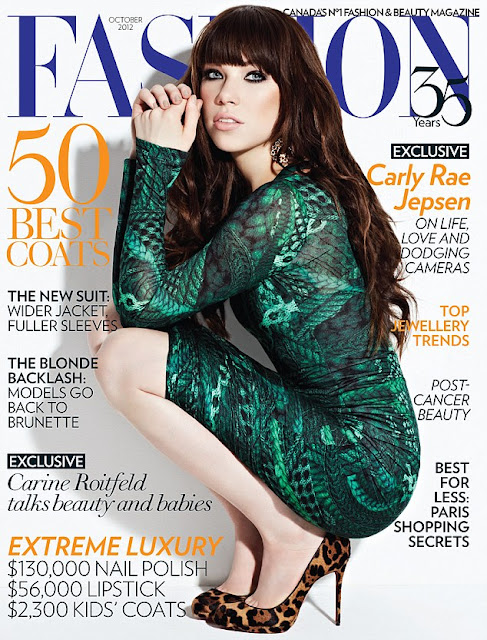 The rush of late-September album releases can only mean one thing: It's the end of the Grammy Awards eligibility period. Superstars, critical darlings and Grammy bait litter the September release calendar in order to make the Sept. 30 cutoff for Grammy Awards consideration. (The 2012 period is for ...
recordings released between Oct. 1, 2011 and Sept. 30, 2012.) The nominations will be announced in a CBS TV special on Dec. 5, following by the awards themselves on Feb. 10, 2013.
On last week's Billboard 200 chart, the top 10 welcomed debuts from two former Album of the Year nominees -- Dave Matthews Band and Bob Dylan. This week, we have high bows from three-time winner P!nk (No. 1 with "The Truth About Love"), the Killers (No. 3) and possible Best New Artist contender Carly Rae Jepsen (No. 6). The latter also seems a lock for a Record of the Year nod for her smash Billboard Hot 100 No. 1 single "Call Me Maybe.
Finally, yesterday (Sept. 25) brought a rush of new albums (due on next week's chart) from Mumford & Sons, Green Day and No Doubt, among others. Mumford & Sons have been nominated six times previously, while Green Day have won four Grammy Awards and No Doubt have taken home two trophies.
What's fascinating, though, is that there's a bevy of big-name albums that arrived this week that probably won't dent the Billboard 200. Why? Because they're all vinyl LP sets that will street in advance of their CD and download counterparts, seemingly only to make the Grammy Awards deadline.
Among the October albums released this week: "Release Me" from eight-time winner Barbra Streisand, "Glad Rag Doll" from two-time champ Diana Krall, and Jamey Johnson's "Living for a Song: a Tribute to Hank Cochran." Also on tap for an LP-only bow on Sept 25: Miguel's "Kaleidoscope Dream," Cher Lloyd's "Sticks & Stones" and the Wallflowers' "Glad All Over." On Saturday, Sept. 29, Muse's "The 2nd Law" will be out on vinyl, three days before its CD and digital versions arrive.
It's the perfect scenario. First, the albums all qualify for the Grammy Awards. Second, none of them runs the risk of "ruining" its debut week on the Billboard 200, as all of the vinyl versions won't likely sell enough copies to spur as "early" arrival on the chart. Only Muse, which is likely to have a substantial vinyl fan base -- as many rocks acts to -- might jump the gun. So it's no wonder "The 2nd Law" will street on an off-cycle Saturday (an unusual move, since most albums drop on Tuesdays). This way, there are fewer days in the Nielsen SoundScan tracking week (which ends on Sunday) to help prevent "The 2nd Law" from making an early debut on the Billboard 200.