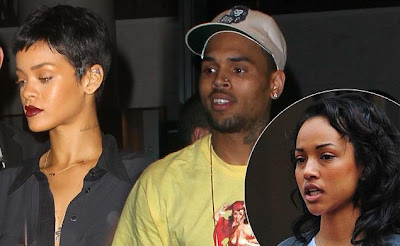 Chris Brown and girlfriend Karrueche Tran are officially over. "I have decided to be single to focus on my career. I love Karrueche very much but I don't want to see her hurt over my friendship with Rihanna," Chris Brown tells Confidenti@l through his spokesman on Thursday. "I'd rather be single allowing us to be both be happy in our lives."
Brown and Rihanna have been spotted ...
partying all over New York since Monday night, kissing, dancing and even disappearing in to a bathroom together for nearly 20 minutes.

Brown was spotted leaving Rihanna's hotel Wednesday night for the second time this week.As Confidenti@l reported on Wednesday, Tran and Brown have been on the rocks due to his relationship with the “Diamonds” singer, which hit a high early Tuesday morning when sources saw the former lovers kissing on the dance-floor of the Meatpacking club Griffin. Brown was then spotted on Tuesday leaving Rihanna's hotel that same day.
Tran and Brown have cryptically been tweeting the demise of their nearly two year relationship, with Tran blabbing on the social media outlet: "Bye baby" on Wednesday after Brown tweeted: "Both r Free from it all!" this is just pathetic and predictable