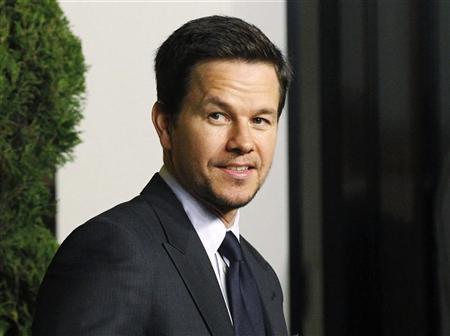 It’s back to school for Marky Mark. The Contraband star is giving high school the old college try after ending his formal education at age 13. The Boston native, 41, was a juvenile delinquent who later cleaned up his act, eventually becoming a ...
’90s hip-hopster, Calvin Klein spokesmodel and eventually an A-list actor. But he never earned his GED or high school diploma.
It’s been a source of contention for Wahlberg, who is the father of four. He hopes going back to school will help him be a better role model for his children.
“I am going back now. They have this new programme in Massachusetts now where you can actually take the courses online,” Mark said on the Late Show With David Letterman this week. “I’m gonna go and get my high school diploma.”
Mark admits the prospect of research papers, exams and nightly homework, has made him “a little nervous.”“It’s an actual diploma, so I gotta take up all the courses that I missed and I’m a little nervous. I have a lot of down time on sets and in trailers so I just wanna blast through [the schoolwork]. Hopefully I’ll be able to [graduate] in six to eight months.”
Mark isn’t just content to just be a high school graduate. College is next on the agenda — and you’ll never guess what he wants to study:
“I would love to, at some point, go to film school.”
Posted by afowzocelebstar