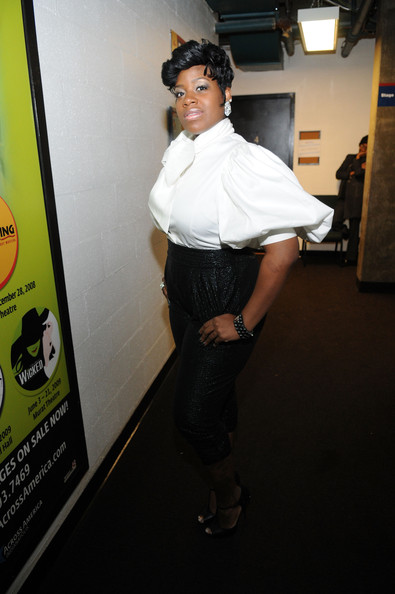 It’s no secret that Fantasia has had a rough life, causing everyone to wonder whether or not this American Idol alum would be able to make some kind of comeback. Over the past month, however, she walked back to the spotlight and recently announced she’s banking on ...
releasing her fourth album by the end of the year; one she worked on with Chuck Harmony and Jerry Wonder. Upon making the announcement about going back into the studio, she even went back to her Idol roots and performed with Joshua Ledet, who took third place this past season.
“It was great to return to the place where I got my start,” she told Go Memphis. “American Idol has been a great role in my career, allowing me to showcase to millions that I would not have been able to introduce who and what Fantasia’s brand is.”
Idol aside, Fantasia is looking to release her first (yet unnamed) single in the summer, and does worry about whether or not it will be a chart-topper.
“Of course, the pressure is always on to give the fans more of Fantasia and to allow them to see my growth,” she continued. “This time around, I have more creative input and am writing a lot. I think everyone will be quite pleased with where I am going this go-’round.”
Posted by afowzocelebstar