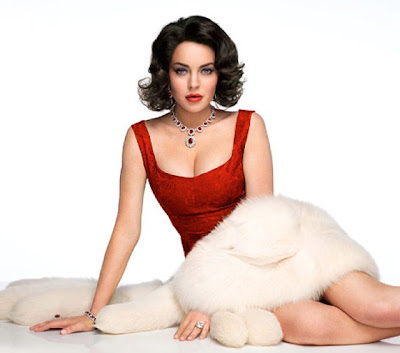 Lindsay Lohan was found unresponsive in her Marina del Rey hotel room Friday morning, triggering a 911 call that brought paramedics to her bedside. The details surrounding Lohan's condition are still sketchy, but it would appear she was ...
given the all clear as first responders left the scene without incident.
An early report from local ABC affiliate KABC-7 indicated Lohan had been taken to the hospital, confusing some of the early headlines, but the news station later clarified that she was left at the hotel. As it stands it sounds like Lindsay was exhausted after shooting scenes for upcoming Elizabeth Taylor biopic Liz and Dick for most of the night.
"Lindsay worked a grueling schedule the past few days," her rep, Steve Honig, said in a statement on Friday. "She was on set last night at 7pm and worked through the night until 8am this morning. She took a nap before shooting her final scene. Producers were concerned when she did not come out of her room and called paramedics as a precaution." Honig added she was treated for "some exhaustion and dehydration" before paramedics left.
An inside source speaking to TMZ may have cleared up some of the chronology of the whole thing, explaining Lohan herself complained to the production team of being exhausted. Someone from production called a private doctor to give her a look. The doctor, before heading over, had someone check in on Lohan, who was found "unresponsive," and that's when someone at the hotel called 911. But of course that conflicts with Honig's account that someone from production called 911, so we're still waiting to see how this all pans out
Obviously when "Lindsay Lohan," and "unconcsious" appear in a headline together, a lot of people are going to jump to the worst kinds of conclusions, but unless more details make their way online, it sounds like things were quickly blown out of proportion. So it is with the best of intentions we wish LiLo well, and ask her to take a long nap.
Posted by afowzocelebstar