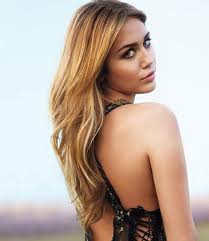 Miley Cyrus will make a surprise appearance on tonight's episode of "American Idol," which will feature performances from the top 6 contestants.

Lauren Alaina, who performed the pop star's single "The Climb" on an episode earlier this month, will be mentored by Cyrus as well as Interscope head Jimmy Iovine, according to E! News. "Today has been ...
amazing! I got to meet @MileyCyrus and she was so classy and genuine(: thanks for all of the advice miley(: love u all!" Alaina posted on Twitter last Friday (Apr. 22)
Alaina, along with five other "Idol" contestants, will be performing a song by Carole King on tonight's episode, which airs at 8 p.m. EST on Fox. The singers are also expected to perform duets during the 90-minute episode, according to EW
Posted by afowzocelebstar