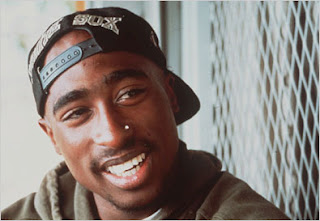 The search for an actor to play the role of legendary rapper Tupac Shakur has gone viral, as production company Morgan Creek is harnessing the Internet to seek out top talent. Morgan Creek is hosting an online casting call with popular L.A. personality DJ Skee and Karmaloop.TV for the upcoming motion picture "Tupac," which is based on the life of the legendary rapper Tupac Shakur. "Tupac" will focus on the rapper's
rise to superstardom, his imprisonment, his stint at Death Row Records and his untimely death at the hands of an unknown assassin in September of 1996 in Las Vegas, Nevada. “We are excited to partner with Morgan Creek on this innovative casting call,” said Scott “DJ Skee” Keeney, founder of Skee.TV. “This audition process is a great example of utilizing today’s ever-evolving technology to reach fans and actors around the world to pay homage to a hip-hop legend.” Serious actors who want a shot at playing "Tupac" in the major motion picture can also log on to InSearchOfTupac.com to upload their videos for reviews. The website will also help to keep fans abreast about important announcements and other opportunities to take part in the flick, which is being directed by Antoine Fuqua ("Training Day," "Brooklyn's Finest"). "Tupac" is also being executive produced by Afeni Shakur, along with producers LT Hutton, James G. Robinson and David Robinson. "We’re looking for someone with the right mix of raw charm and charisma for the role," added producer David Robinson. "At this point, we’re more concerned about finding someone with the ability to give their entire heart into the performance than just looks and personality.” Universal Pictures will distribute "Tupac" in the United States, while Morgan Creek will co-distribute internationally overseas. this is great news! we all cant wait
Posted by afowzocelebstar