Producer Diplo And Beyonce Making Music 'On Our Own Terms' 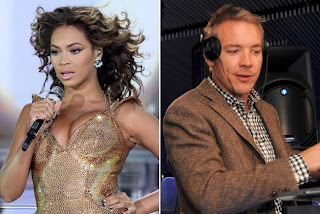 Wesley "Diplo" Pentz is having a surreal moment. The acclaimed DJ, who rose out of Philadelphia's underground dance music club scene in the early '00s, hasn't quite gotten used to being music's current go-to producer.


Diplo boasts an eclectic range of musical feats that includes crafting a Grammy-nominated crossover hit for M.I.A. ('Paper Planes'), dropping a remix for superstar pop princess Britney Spears ('Circus') and logging studio time with West Coast hip-hop icon Snoop Dogg ('That Tree' feat. Kid Cudi).
But when you are getting called into the studio by the world-beating likes of Beyonce -- in February, Jay-Z's bootylicious better half requested the services of Diplo and left field Brooklyn pop duo Sleigh Bells for a collaboration -- you know you're playing a whole different ball game.

"During this last year, every day has been another weird thing happening like, 'What's going on?'" Diplo tells PopEater about getting the call to work with Beyonce, yet he remains quiet on the specifics of the intriguing union. "I can never catch up with what I feel is going on. I just finished working on a record with The-Dream in Las Vegas recently," he says. "I had to go back out to LA and then fly back out to Philadelphia for a show with J. Cole. Maybe like in some downtime I'll probably reminisce or write a book about it [laughs]."
To his credit, Diplo hasn't lost touch with his club scene roots. The Mississippi-born spinner stays on the road, whether it's touring with Major Lazer, the dance hall project he created with fellow DJ Switch in 2009 for their celebrated compilation album, 'Guns Don't Kill People ... Lazers Do,' or solo.
"I do see a different change [at the shows we play], like a spike in attendance," Diplo says of his burgeoning fame. "I tour a lot with Major Lazer, which is more of a reggae group. That's a little crazier and complicated, and there are about five or six of us onstage. It gets a little hectic. The Diplo show is easier. I'm always bouncing around to different cities."
"I've been doing the Rain club in Las Vegas the last couple of months," Diplo continues. "I see Jermaine Dupri always there hanging out and grabbing the mic. Lil Jon will be there ... there's always a rapper hanging out. You never know."
As for some fans who might see Diplo's skyrocketing popularity as becoming too mainstream, he maintains that longtime supporters need not worry. "Just look at M.I.A.'s 'Paper Planes,'" he says of the breakthrough song that went on to become an unlikely radio smash. 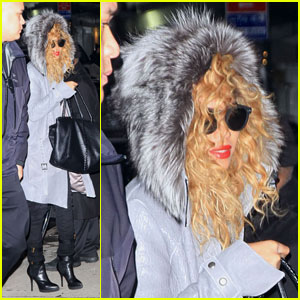 "That record was just a garage-punk type track, but it became pop hit on our own terms. So it's always about doing pop on my own terms. I would get bored if I made the same record over and over again. For me it's important to do cool s**t and just be proud of what I do. I love learning and employing different sounds and different kinds of music."
Indeed, Diplo is simply not basking in the fame. The ambitious producer, who currently is enjoying an R&B hit with Chris Brown's latest single 'Look At Me Now' featuring Busta Rhymes and Lil Wayne, is focusing his attention on his Mad Decent label -- a Philadelphia-based imprint that has released projects by a diverse roster of acts that includes Blaqstarr, Gucci Mane and Bonde do Role.
"There's a lot of stuff going on as far as pop and rap, but I'm not at liberty to talk about it," Diplo says of future productions he has on tap. "I'm always looking for someone that's different; someone that is progressive and that's pushing things forward. They have to have some level of marketability so that's our job as the label to navigate our artists into the mainstream. So far we've been pretty successful at that." cant wait to hear it all! watch out world!!!!
Posted by afowzocelebstar