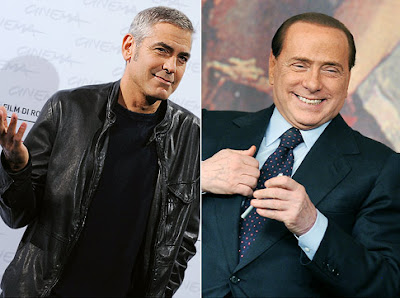 George Clooney was named as a witness in the high-profile prostitution trial of Italian Prime Minister Silvio Berlusconi on Tuesday, the Associated Press reports. But no one was as surprised...
by the news as Clooney himself."It seems odd since I've only met Berlusconi once and that was in an attempt to get aid into Darfur," he told the Associated Press in a statement. Berlusconi is accused of paying a 17-year-old Moroccan girl called Ruby for sex and then trying to cover it up after the fact. He has denied the charges and his trial will begin on April 6. 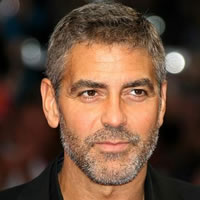 Clooney, who owns a villa on Lake Como, Italy, was on the list of witnesses submitted to the court by Berlusconi's defense lawyers. The Academy Award-winning actor is reportedly on the list because Ruby claims she saw the star and his Italian girlfriend, Elisabetta Canalis, at one of Berlusconi's parties.
Earlier this year, Canalis denied she and Clooney had ever attended a party thrown by Berlusconi.