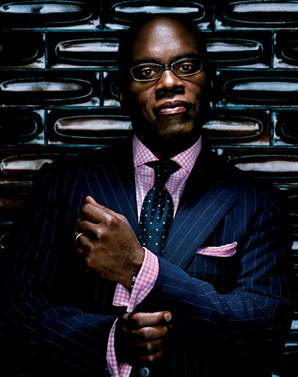 In news that already has the industry abuzz, it is being reported by by several reputable outlets that music mogul LA Reid is the first judge to sign on to the US version of the X Factor.

his job as chairman of Island Def Jam to become a judge on Simon Cowell’s upcoming show “The X Factor,” a source familiar with Cowell’s offer confirmed to Billboard Wednesday. Reid accepted an offer from Simon Cowell this week to join the Fox television show, which will begin airing in September, the source said. Reid’s contract was due to expire in December. Island Def Jam will continue to be run by Steve Bartels. Barry Weiss, the former Sony Music executive joining Universal Music Group this month, is expected to add oversight of Island Def Jam to his duties.
The question remains, however, whether Reid will eventually join his former Universal boss Doug Morris, who becomes CEO of Sony Music on July 1.
Sony Music has vested interest in the competition: Recordings of the show’s contestants will be controlled by Simon Cowell’s Syco and Sony Music and the winner will receive a $5 million contract with Sony Music.
Auditions begin March 27 in Los Angeles.
Anyone who follows the industry will know that landing Reid is a huge coup for Cowell and the X Factor USA. For, not only is Reid a celebrated figure (one renown for launching the careers of Toni Braxton, Pink and Justin Bieber – as well as re-launching Mariah Carey’s in 2005), he’s also no stranger to controversy (see: Janet Jackson’s ‘Discipline’, Mariah’s career since 2008). Nonetheless; notoriously no-nonsense, Reid should have no difficulty shifting into the role of TV personality.
Some may scratch their heads at the importance of this; yet – as an industry geek myself – this is exciting on many a front. For, not only does it heighten anticipation for the announcement of the rest of the judging panel (both Simon and LA are ‘industry’ figures, hence it’s wildly likely that the remaining two slots will be female performers), it also begs the question of whether he’s set to take up a boardroom role over at Sony. 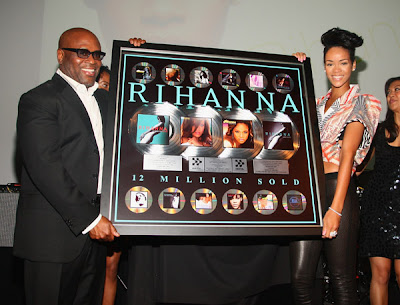 To briefly educate, Simon Cowell’s music empire is housed at Sony Music, which looks after X Factor (and to which the winner will eventually be signed). Rival show, American Idol is looked after by Universal Music – Sony’s rivals; hence why Reid had to leave (or have his leave brought forward) in order to take part in Cowell’s show. With open CEO slots at Sony labels RCA (Christina Aguilera) and J Records (Whitney Houston, Alicia Keys, Jennifer Hudson), it will be interesting to see where Reid ends up and what that means for the label’s roster. What’s more, while at Universal, acts such as Mariah Carey (for all their ups and downs) have come to depend on Reid; what will that mean for her moving forward? Will she make a return to Sony (her label for much of her glory days)?
What ever the case, interesting times lay ahead!
Posted by afowzocelebstar