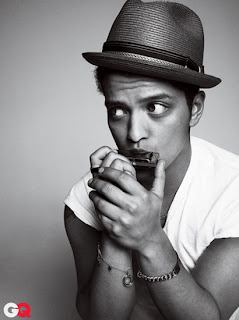 Grenade’ singer Bruno Mars poses it up in the latest issue of GQ magazine. The singer-songwriter, who rose to industry prominence as part of production group The Smeezingtons, has had much success as
a solo act over the latest year – notching up a Grammy in the process.

Speaking of his influence on others, the 25 year old told the magazine: “I’m not gonna preach that I’m a role model. I’m a fu**ing musician! But I’ve learned people are watching, so don’t do nothing stupid.”
Mars recently copped a plea deal, after being found in possession of Cocaine in Las Vegas. lookin good bro 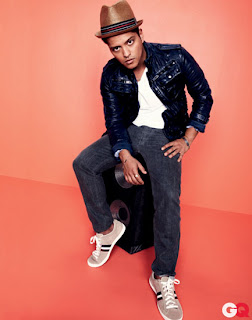 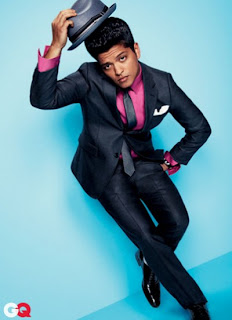 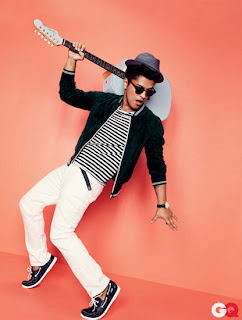 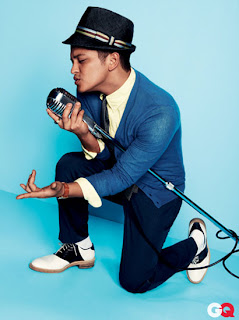