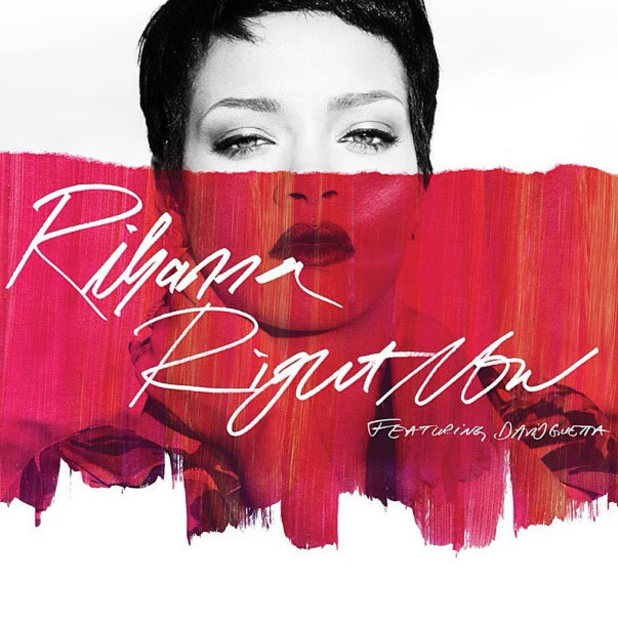 Rihanna has unveiled the cover for her new single 'Right Now'. The singer posted the artwork for her latest release on Twitter, calling it a "summer anthem". 'Right Now' features David Guetta and is taken from her seventh album Unapologetic. Producer Rodney 'Darkchild' Jerkins recently stated that he is working with Rihanna on her new ...
album. Discussing his current collaborations, Jerkins said: "I was working with Britney [Spears] actually at the end of the year. She had me come on The X Factor show and do something with her, so we'll see what happens if we get a chance to work together.

"I am working with Mariah [Carey], I am working with Jennifer Lopez, I just finished a couple songs with Jessie J over in London and I also wrote a couple of songs that are being considered for Rihanna's new album, so there's a lot of good stuff happening."
Rihanna also confirmed that she was back in the studio when she posted a picture of her and rapper Wale.She tweeted: "Work hard play hard! @Walemmg and I cooking up a lil treat!!! #studiolife."