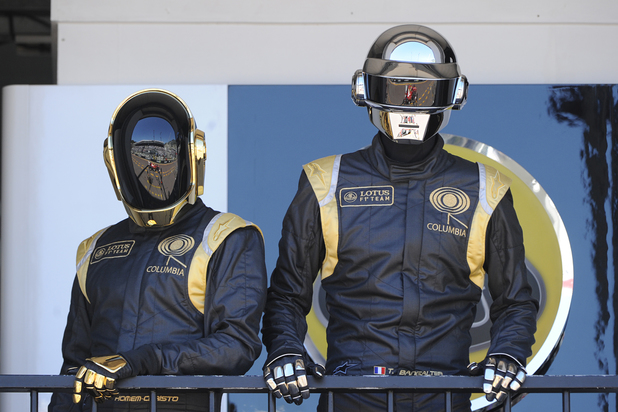 Daft Punk have topped the US album chart with their new album Random Access Memories. The duo topped the Billboard 200 tally with sales of ...
339,000 copies.  The result marks their best US sales week ever and the second-highest album sales week this year, behind Justin Timberlake's The 20/20 Experience, which sold 968,000 copies in seven days in March.  The collection - which also topped the charts in the UK - clocked up more sales than expected, with industry experts predicting the set to shift 325,000.

Random Access Memories marks the second of the group's four albums to enter the US top ten, following their 2011 TRON: Legacy soundtrack, which entered at number four.
The set also marks the first dance/electronic album to top the Billboard charts in over a year, following Madonna's MDNA in April 2012.  It was recently reported that the album had broken numerous streaming records on Spotify.