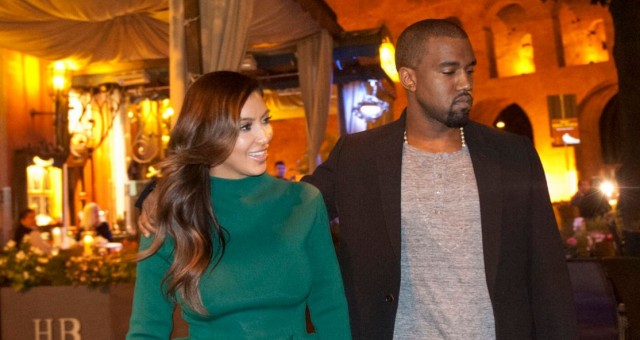 Kim Kardashian and Kanye West are reportedly planning to marry this summer. The couple, who first announced that they were expecting a baby together last December, are rumored to be organizing a ...
Los Angeles ceremony. According to Radaronline, the reality TV star and rapper have set a date shortly after the birth of their child. "Kim's choice at the moment is a starlight ceremony in California's Big Sur," a source told the site. "[They want a location] where they can hear the waves and be married under the moon and stars."

Kardashian - who up until last month was still married to her second husband, NBA star Kris Humphries - is said to be keen to wear an "ethereal white wedding dress" and to keep the ceremony intimate.
West is believed to have signed off on the majority of her decisions, but has reportedly insisted that there won't be any media in attendance.
"Instead, Kanye says they should consider a donation to one of Kim's charities like the Skin Cancer Foundation or Mattel Children's Hospital in a deal around the wedding for a short film," said the source.
The couple have already told friends and family not to buy any gifts for their unborn child and suggested that they instead make a donation to a children's hospital in West's hometown Chicago.