Justin Bieber: 'Being taken out by a girl would affect my masculinity' 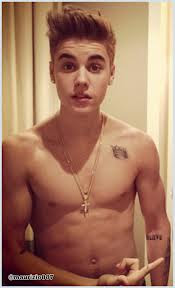 Justin Bieber has said that he would feel less masculine if a girl took him out on a date. The Canadian singer - who is rumored to have reunited with former girlfriend Selena Gomez in the last few weeks - revealed that he sees it as a man's duty to organize romantic outings. "I think it's up to the ...
guy to be romantic," he told Gulf News, ahead of his Dubai concerts taking place this weekend. "I think it's the guy's responsibility to take [a girl] out. It can't be the other way around. "That would take away my masculinity if that [were to] happen."
Bieber also revealed that he credits his mum's influence for his "sensitive and romantic" nature and that he has fallen in love with Japan. "I like the culture and [the people] are very, very nice," he said. "I like how they bow and take off their shoes when they go to someone's house.
"It's similar to Canada. In Canada we take off our shoes when we go to houses. In America, you just walk in with your dirty shoes all over the carpet." Bieber - who is said to have written "hundreds" of new songs during stops on his 'Believe' world tour - recently featured on will.i.am's new single '#thatPOWER'. isnt it funy he talks about manners when he's constantly flipping the bird, fighting and constantly involved in one mishap or the other.