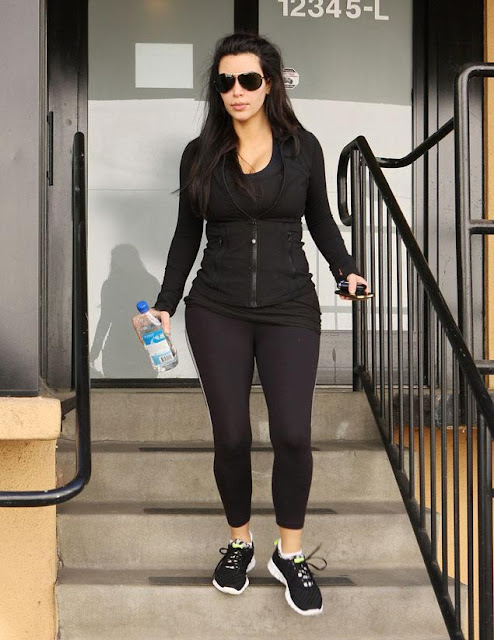 Happy New year all! What better way to bring in the festivities with annoucing Kim as your baby mama! Kanye should be over the moon! (i can just imagine Kris' delight!!!!). She reportedly fell pregnant following a visit to the ...Vatican after rapper Kanye, 35, took her to Rome for her 32nd birthday. Excited Kanye blurted out Kim’s baby news at a concert — then moved her to tears by serenading her. Grinning Kanye left Kim stunned when he asked fans: “Can you make some noise for my baby mama?” The rapper then sang to his girlfriend: “God brought us a whole new plan, baby, ’Cause now you’re having my baby.”
RAPPER West reveals the couple's happy news at gig in New Jersey. Kim who was at the Atlantic City gig with mum Kris Jenner wept tears of joy after the romantic gesture.
it is thought Kim conceived during a birthday trip to Rome. The couple had planned to keep the news secret until Kim’s baby bump began to show, but she later admitted: “It’s true!! Kanye and I are expecting a baby.” 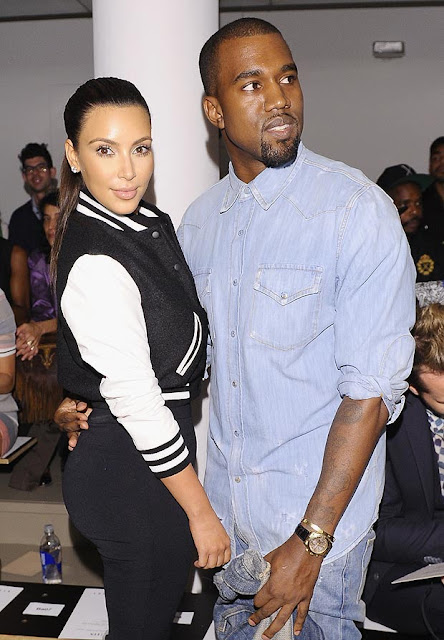 Social media sites went into meltdown as well-wishers worldwide posted their congratulations. Kim’s sister Kourtney said: “Been wanting to shout from the rooftops with joy, now I can! Another angel to welcome to our family. Overwhelmed with excitement.”

That means the baby is due in July, around the same time as Prince William and Kate’s first child. Kim is now 12 weeks pregnant — and experiencing food cravings. She has been making frequent trips to her nearest Subway outlet to scoff meatball sarnies, and is also hooked on cajun potatoes.
Kim and Kanye are looking to buy a new home together in Los Angeles, and reportedly plan to wed as soon as her disastrous second marriage is officially ended.
Lawyers are trying to thrash out a divorce deal, with basketball star Kris Humphries claiming he was duped into marrying Kim to boost ratings for her TV show.
LABOUR MP Diane Abbott outraged Kim’s fans by tweeting a link to Kanye’s hit Gold Digger with the jibe: “Kim Kardashian having a baby by Kanye West? He needs to listen to his own lyrics.”  The shadow health minister later deleted her post after a barrage of complaints pointing out that Kim is a multi-millionaire.
Posted by afowzocelebstar