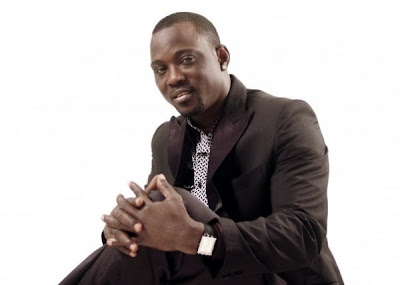 Ajibola Wonder as he is fondly called is King of Fuji music a popular genre among the Yoruba speaking people of Nigeria. This Alhaji has over 30 albums to his credit and a very large and loyal fan base both the area boys in the streets of Lagos and the elites.
Always seen with a smile, Pasuma Wonder is always on a ...musical tour to Europe and America.  His clients include the millionaires and very wealthy.
Pasuma is the owner of Pasuma Wonder housing estate an elite abode on the outskirts of Lagos.
Pasuma wonder loves cross genre collaborations and has done songs with musicians like Rugged man, 9ice, Lord of Ajasa and numerous others in different music genres.
Pasuma is known to release at least four albums in every year.
Before the recent death of the creator of the music genre Fuji itself early this year. Alhaji Ayinde Barrister was known across the atlantic, given an honourary citizenship in the USA for the creation of fuji and MFR in the federal republic of Nigeria. He was well respected, won many awards, enormously wealthy and powerful.
He has also made headlines for many controversial reasons, amongst which are; for marrying his friends daughter, his long fierce battle with Alhaji Kollington, a fellow fuji musican who claimed he also founded the genre of fuji. But of recent was the controversy about who the real king of fuji was.
So , who is the real King of Fuji ? This is the big question in the mind of every Nigeria Fuji fan. Is it king Wasiu Ayinde marshal, Abass Akande Obesere, king Saheed Osupa, king Sule Alao Malaika, Adewale Ayuba, Sina Akanni or Sefiu Alao.
Of recent the title contention and battle has been between the old veteran wasiu ayinde Marshall and new generation lyricist ,King Saheed Osupa.
Some would argue and say, Wasiu is the king of classical Fuji , and Saheed Osupa deserves the crown with his wisdom educating  poetry. Statistics tell us that the Nigeria masses are hugely behind Osupa Saheed to bear the crown for the king of Fuji and also the Nigeria music marketers have been said to have recorded a high demand in the sale of saheed osupa’s album in the present decade. However, we cannot put aside the genre rebranding and innovation wasiu ayinde brought into Fuji. People would argue wasiu ayinde introduced new beats into the music and made it more worldwide acclaimed and appealing to the Nigeria youths.
Recently the father and, creator of Fuji, Late Dr sikiru Ayinde barrister declared Saheed Osupa as the king of music. This declaration sparked a bit of confusion between Fuji musicians and gave saheed Osupa the much needed confidence to challenge wasiu for the throne.  This move was criticised by a few and applauded by the masses. However, wasiu still hold the wealthiest fan section of the Fuji fan base. He is a big boy in his own rights and of recent has compiled a new group out of the Fuji musician association called the “ARAMBAMBI FAMILY”. The arambambi family are believed to be a combination of Wasiu ayinde supporters in the industry, it consist of fellow fuji musician who look up to him or believe he is the true King of the Fuji Throne.
Arabambi Family is like the Italian mafia family with no guns but music and fame.
Alabi Pasuma (The first fuji Global com Ambassador)( Arambambi 2), Taiye currency( Arambambi 3), Safejo Amama ( Arambambi speaker), Sefiu Alao( Aramambi plus), Lanre Teriba Atorise( arambambi gospel). This are few amongst many other fuji musicans who signed their alliance with King wasiu ayinde marshall by officially speaking to their PR officer, or playing gigs with him across the country to pledge their loyalty to him.
This has certainly got the street talking, marketers capitalising on it to make huge funds and great tension of divide in the music scenery.
We must also not forget Saheed Osupa has is own supporters within the Fuji musicians association and have recently come up with their own gang, ThE OLUFIMO FAMILY. An upcoming Fuji artist with Saheed Acapella style and voice called Saridon 2 kamoru is presently Saheed Osupa’s Vice-president, and we have been told Wasiu Ayinde past enemy, Abass Akande Obesere has been a big supporter of saheed Osupa having fought for the throne himself in the past and claimed wasiu ayinde is fund of putting other fuji musician below him and knocking them out of competition. Among Saheed many other supporters are veterans like Rasheed ayinde Merenge, who helped him in opening what one his new mansions in the city of Ibadan last year.
Many fuji music analyst are believed to be overwhelmed by Osupa’s latest popularity and state presence. However, they all agree to the fact a very healthy competition is good for the music growth and even more beneficiary for the music marketers.
So what are we to consider while looking for the genuine king of fuji. Is it the lyrics, drums, dance, album sales, street credibility, connections, achievements, innovation, or music composition in general? It still remains an ever puzzling question, who is the king of fuji music?