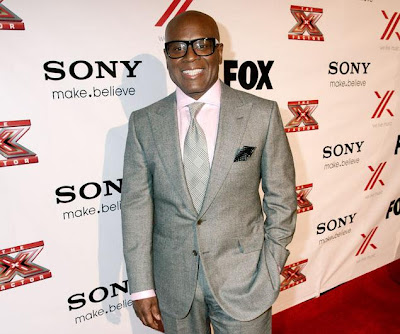 L.A. Reid will soon be an ex-judge on "The X Factor." The veteran music executive is not returning to the Fox singing competition series next season, a representative for Epic Records said Thursday. Reid is currently the chairman and CEO of Epic, a division of Sony Entertainment. Reid joined the American version of the show last year along with creator Simon Cowell. This season also boasts Britney Spears and Demi Lovato as judges. Its finale is next week. Last year Reid left his job as chairman and CEO of Island Def Jam Music Group, where he helped launch careers for acts like Rihanna and Justin Bieber. At Epic, his roster includes Sade, Fiona Apple, Karmin, Ciara and "X Factor" season one winner Melanie Amaro.
Posted by afowzocelebstar