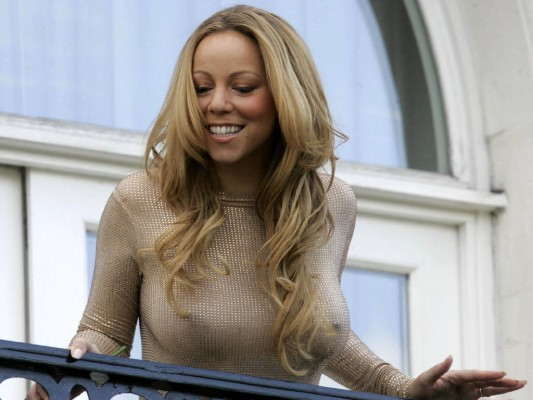 Now that Steven Tyler and Jennifer Lopez are out, who has the chops to replace them in all their judging candor on the American Idol stage?
Well, songbird superdiva Mariah Carey is one name that’s being tried on for size. Mariah Carey is reportedly in ...
“serious” negotiations to become a judge on American Idol. A source close to the singing competition told People magazine Friday:
“She’s in play. They are in serious talks.”
Steven Tyler announced Thursday that he was leaving his seat at the Idol judges table to focus more on making music with his legendary rock band Aerosmith. On Friday, Jennifer Lopez confirmed the worst kept secret in Hollywood when she confessed to host Ryan Seacrest that she is departing the show as well.
The lone original judge seemingly remaining on the 10-year-old show is Randy Jackson, who has collaborated extensively with Carey throughout her career. This isn’t the first time Mariah has been pursued for a talent show gig. Earlier this year, the twin mama — who recently dropped 70 pounds with a little help from Jenny Craig — had been in secret chats to replace Nicole Scherzinger as a judge on Fox’s other singing show, The X Factor. The job ultimately went to Britney Spears.
Also up for an Idol job is octogenarian/showbiz legend Jerry Lewis. Lewis’ spokeswoman Candi Cazau reports that a package describing the requirements for judging the show has been sent to Lewis’ office in Las Vegas.
Posted by afowzocelebstar