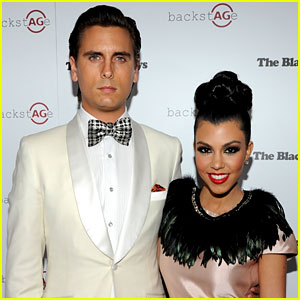 So we’ve all heard the reports about A-list stars pocketing fistfuls of cash from celebrity glossies that just can’t wait to snap up exclusive rights to the world’s first photos of their babies.
Shiloh Jolie-Pitt raked in $4 million (which her parents donated to charity) and Marc Anthony and Jennifer Lopez’s twins, Max and Emme, earned their famous parents a whopping $6 million when they appeared on the cover of People magazine in 2008.
And just how much could reality star Kourtney Kardashian see for first dibs on snaps of ...her newborn daughter, Penelope Scotland?
“She will be lucky if she gets $20,000 to $30,000 for the pictures,” a chatty magazine editor tells The Huffington Post. “It’s been a long time since paying to secure exclusive images of a celebrity baby guaranteed huge sales. Kourtney’s second child isn’t such a big deal. If it were Kim’s baby, it might be different, but with the exception of hardcore fans no one is waiting to see what Penelope looks like.”
The editor adds:
“The Kardashian craze has been over for some time now. Now a picture of Tom and Katie is worth more.”Ouch!
The eldest Kardashian daughter and her longtime partner Scott Disick welcomed baby Penelope in Los Angeles early Sunday morning. She is the couple’s first daughter and kid sister to their two-and-a-half-year-old son, Mason. Kourtney, 33, had a smooth natural birth, according to Kardashian matriarch, Kris Jenner.
“It was great. She [Kourtney] had an easy delivery. [Penelope] is so cute. She looks just like Mason. She’s so beautiful. We are so happy.” and that is all that matters
Posted by afowzocelebstar