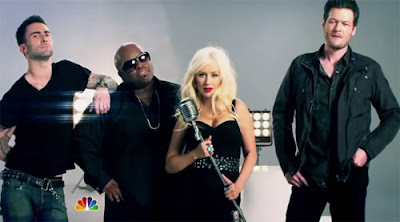 Seams Chrisina Aguilera can finnaly raise her head among pears cause the show that is helping her shape her comeback is souring high. The Voice that Premiered recently was
a huge success with over 11 million viewers in its first hour and an additional million in its secon hour. it was so good that it beat out Glee with over 2 million viewers wow! tho it could not measure up with Dancing With The stars that had 18 million views. (boy! do people love to watch celebs dance!). Congrats to the whole group, its a wonderfull feat and i hope it continues!
Posted by afowzocelebstar