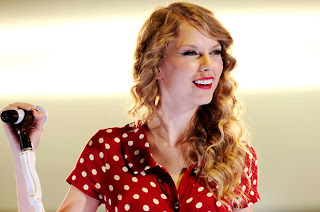 Taylor Swift ended her European tour on a celebratory note: Not only did she perform in front of thousands of fans, she got an honor for reaching the 20 million mark in worldwide album sales.

A giddy Swift was given a ...
plaque commemorating the milestone before her sold-out concert Wednesday night at the O2 Arena.
"It's just sort of beyond my comprehension to get a plaque like that, and the fact the fans have done that much for me in such a short period of time is unreal, and I'm so excited and so thankful," she told The Associated Press after the presentation. 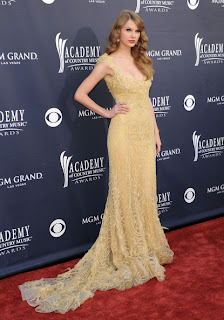 The 21-year-old Grammy-winner released her latest multiplatinum effort, "Speak Now," last fall. It's just the third album of her young career.
She launched an international tour this year that took her to Asia and Europe. It wrapped up with her London concert. She called the trek a "life-changing experience."
"I couldn't think of a more perfect way to end this European run. I've gotten to experience just parts of the world I never thought I'd get to see, nonetheless play shows in and have the crowds singing the words back to me," she said.
She spent much of her downtime sight-seeing -- and shopping. "I got so much stuff; I don't know how I'm going to get it home with me," she said of one of her London antique shopping sprees.
Swift is due to start her North American tour in Omaha, Neb., on May 27. She was in Las Vegas on Sunday for the Academy of Country Music awards, where she performed. She also took home the award for entertainer of the year. good work girl!
Posted by afowzocelebstar