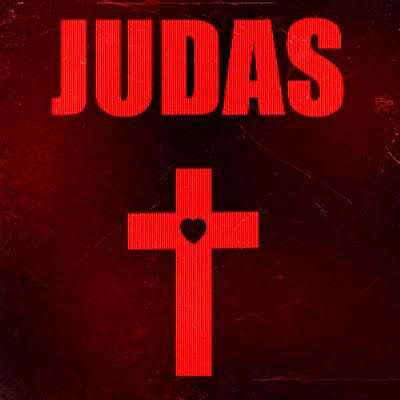 First of all, its so much like we waited forever for this track to come out (i know that Nnamdi and i were really up to our necks in waiting). The song (as yall already know) "leaked" a few days ago and i got it faster than you could say Abracadabra! and iv listened to it over ...
50 times cause i was curious to know what good would come out of naming a track "Judas"
so iv been pondering on blogging about the song (i usually dont critic songs but i had to make an exception) and also getting general views on the concept and lyrics that make up "Judas" because i live in a part of the world were cercular music is NOT supposed to take a high-risk "stab" at religion.
"Judas" from the lyrics i heared, refers to hating the fact that one loves a bad and hutful lover and it could also be a metaphor for hating a bad habit but not having the power enouph to leave it ... an addiction! Lets all be honest, alot of us do have these addictions that we dont like but we cant stop and its not as glaring as alcoholics or sex maniacs!. i honestly related to the sincerity of the song but i felt that the meterphor in which the song was encapsulated was going too far but the question is what exactly is "too far"
"Judas" for the few who dont know, is the deciple that betrayed our lord and saviour, Jesus christ and so i understand the mass-induced hatered for the fact that some may see it as gloryfying the worlds most hated betrayer! (leave it to Gaga to look for something as crazy as that). I am a christian so i can see the insultive angle and i can also identify with it but this is where exposure comes to play. America is the land of the free and thus anyone can do whatever (the truth is if she talked this way about a muslim religious figure, shed need to get more re-enforcement for the safety of her life) but christianity is less harsh (no offence to the muslim family) so anyone can do, or say anything. Madonna pioneered this movement and everybody felt she was too dearing (im sure shes somewhere thinking "Gaga needs to take it easy and drop it down a notch")
To sumerize, i think the song, in its sincere sence, is the reality the world tries to run away from (point to note is that she is not gloryfying the habbit, shes exposing it) and then there is the theory that she released to song to coinside with Easter to profit fro the outrage the christian world would have (the video is not out and yet, all the religious bodies are condeming it) when the truth is alot of these people do the things the lyrics state (again! im not fully saying "Judas"is religiously right) im saying that "Judas" is an eye opener! so reflect on your life rather than condemn Gaga for having the guts to write and sing about this horrible factor in every humans life. (thin about it, she said "Jesus is my virtue/Judas is the demon i cling to") and at the end of the day, protect yourself fro anything that comes your way because the devil (whether you like it or not) IS REAL!!!!!!! hell is too!
PS: Honestly the single cover is too creepy and i dont even know what to say about the album cover ... in your quest Gaga, dont forget class and appeal ... image isnt everything! (still love you and if the video is gurry, i wouldnt even be suprised cause iv lost hope in your videos right from "Alejandro")
Posted by afowzocelebstar