Drake and Nicki Minaj Put Each Other in the Hot Seat 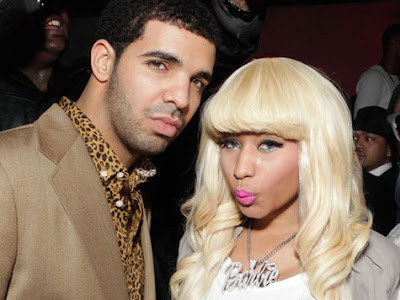 Drake and Nicki Minaj put their interview skills to the test while backstage at the “I Am Still Music” tour. The Young Money labelmates asked each other questions pertaining to their careers as MTV News’ Sway took a backseat.

Drizzy put the Harajuku Barbie in the hot seat first, asking her when she’ll be ...
unleashing new music on the world. “Well, you know, Drizzy, I have been keeping everything sort of stored inside of me,” she replied. “So I’m just in complete tour mode. Yeah, I’ve been getting a lot of requests to do some features, but if I can’t give myself wholeheartedly, I always pass. I definitely never want to be just doing too many features that they start getting watered-down and I’m not giving my whole, true self.”
After explaining that she’ll begin recording new tunes following her “Femme Fatale” tour with Britney Spears, the raptress turned the tables on Drake, who revealed that he decided not to star in the upcoming film Arbitrage so that he could work on his sophomore album Take Care.
“I actually decided to work on my album instead of doing that particular film, so I’m just going to keep the [scruffy] look now,” he said, “’cause really, I’m the gal them sugar with this.” wat a good pair
Posted by afowzocelebstar