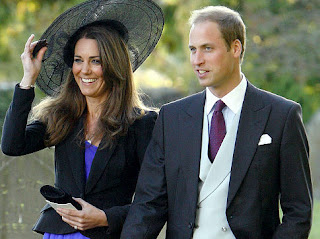 Who knew Prince William was also Prince Charming? The royal wedding is less than two weeks away and it turns out Kate Middleton has no idea where she’ll be honeymooning.

The reason? Prince William is organizing a secret honeymoon for his princess-to-be. All together now—awwww.
Kate and William will say “I do” on Friday, April ...
29th and leave for their romantic honeymoon the following morning.
A source said: "Kate wants to mix something active with the chance to put her feet up and relax.
"She also said she was keen to go somewhere hot, but would let William decide as a surprise."
A number of destinations have been suggested including the Caribbean island of Mustique, which is a favorite of the Middleton family and South Africa where William proposed, but the prince is now said to have booked a horse-riding trek in South America.
Posted by afowzocelebstar