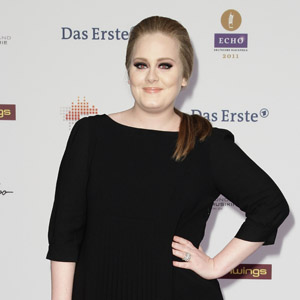 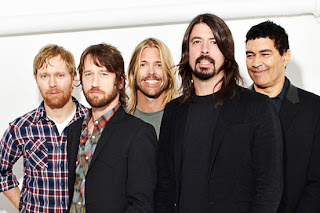 After achieving the "longest consecutive run at No. 1 for a studio album by a solo artist in British chart history" for her album 21, Adele's #1 spot on the U.K. album chart has finally been taken over by the Foo Fighters' new album Wasting Light.

Despite losing the top spot, Adele's ...
still sitting comfortably at #2 with her album 21, and she's even got the #3 spot with her debut album 19.
We are SO impressed with how well Adele's been doing in both the U.K. and the U.S., and we would NOT be shocked if she makes her way in front of the Foo Fighters once again in the near future.
Posted by afowzocelebstar