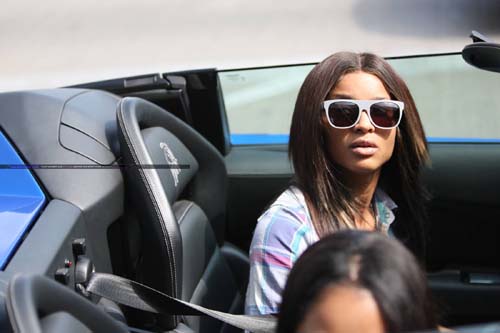 Drama is about to hit NYC in the NBA world and this time it’s NOT the Basketball Wives! As it was reported last week that NBA all star ....
Amare Stoudemire and R&B singer Ciara are officially dating and they have even moved in together but with Ciara half way around the world touring, rumor has it Amare is playin on the side! 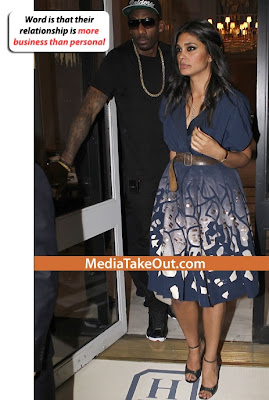 Mediatakeout reports: according to a ROCK SOLID SNITCH Amare and Rachel have not only a professional relationship (they’re doing a clothing like together), but a PERSONAL one as well.
Tells the insider, “Rachel likes Amare – but more importantly she likes the spotlight. She sees the shine that LaLa gets by being with Carmelo – she wants the same.”
And MediaTakeOut.com’s tipster continued, “If I know Rachel, she won’t stop until she’s got Amare.”
OUCH!! Didn’t know Rachel was like that?!! Hopefully she clears this one up and soon cause if i kno ciara, she gon bit down that rachel chick like its sunday morning in church and Rachel is the demon that needs to be driven out of Amare's body.
Posted by afowzocelebstar