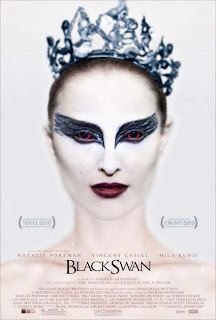 The dancing double ballerina for Natalie Portman is tired of being hushed about how much dancing she did in the movie, and is now speaking out about it.

This comes after news of Natalie's instructor/baby daddy/fiancée defending Natalie and how much she actually did in the movie.

So how much does the double, Sarah Lane, claim the actress did?
“Of the full body shots, I would say 5 percent are Natalie. All the other shots are me.”
That's a HUGE difference from what we heard from the instructor (he said 85%).
Lane obviously disagrees:
“The shots that are just her face with arms, those shots are definitely Natalie,” she says. “But that doesn’t show the actual dancing.”
Lane also claims that producer Ari Handel specifically told her to keep her mouth shut:
“They wanted to create this idea in people’s minds that Natalie was some kind of prodigy or so gifted in dance and really worked so hard to make herself a ballerina in a year and a half for the movie, basically because of the Oscar,” says Lane. “It is demeaning to the profession and not just to me. I’ve been doing this for 22 years…. Can you become a concert pianist in a year and a half, even if you’re a movie star?” 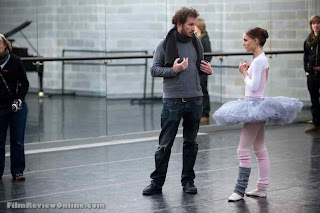 But, even if this is all true, Lane doesn't harbor any jealous or anger toward the Oscar award winning actress. In fact, she thinks she did a wonderful job:
“I do give her a lot of credit because in a year and a half she lost a lot of weight and she really tried to go method and get into a dancers head and really feel like a ballet dancer. [Natalie] is an amazing actress, for sure,” she says. “I know that it’s not a personal thing against me. I know that it’s just a political thing. It’s just unfortunate that I kind of lost credit.”
Wow. We're not sure what to believe. We do know that they have the technology and means to superimpose Natalie's face over Lane's, but it'd be nice to really hear an accurate account of who did the representation in the film.
A lot of the reasons Natalie won, to us, were the scene outside of the dancing, and the emotion she conveyed through her acting and facial expressions. It wasn't ALL about the dancing for us.
Posted by afowzocelebstar