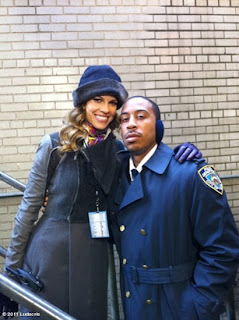 Chris “Ludacris” Bridges is reporting for duty for his latest film role. The rapper-turned-actor, who stars alongside actress Hilary Swank in a new movie, tweeted pics of him and his Oscar-winning co-star on set. 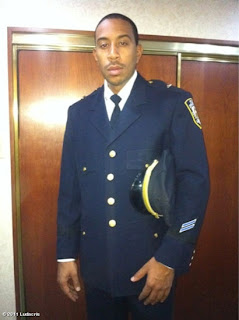 “Shooting yet another movie. This time as NYPD’s finest.Lol.Officer Bridges reporting for duty…,” wrote the “How Low” hitmaker, who acted in 2004’s critically-acclaimed film Crash.
In between moonlighting in Hollywood, Luda has also been recording his next studio album Ludaversal. cant wait to see you shine as always Luda!!!!
Posted by afowzocelebstar