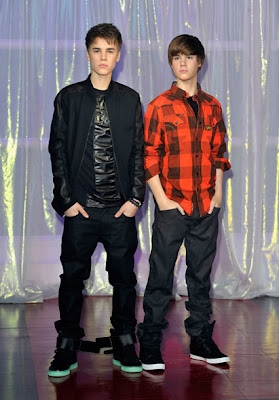 Justin Bieber has been "immortalized" with three different wax figures displayed at Madame Tussauds museums in New York, Amsterdam and London. Standing aside other luminaries such as President Barack Obama, Pablo Picasso and Susan Lucci, the Biebs is growing up so fast that his wax figure already looks a little dated. (Hey, blame puberty!) (Buzzworthy)
Posted by afowzocelebstar