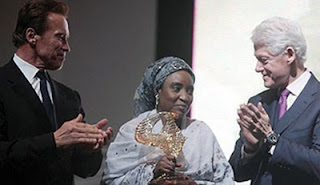 From the choice of the venue and its exquisite interior to the caliber of participants present, the 16th edition of the Annual THISDAYAwards depicted sheer brilliance that has surpassed any other award in Nigeria.

The Award was set to Recognise The ....
Achievements of Notable bodies in Nigeria for their excellence and good governance for this year.
The event, which started at exactly 9 pm, saw the arrival of guests, artistes and dignitaries like award winning Tuface, Ifeoma Williams, former Miss Nigeria, Helen Prest Ajayi, Jim Ovia, chairman of Zenith bank, Gov. Uduaghan of Delta state, Nkiru Anumudu a socialite on the ravishing red carpet of Eko Hotel and Suites, the event venue.
Prior to that there was a VVIP reception with the Special Guests of Honor President Bill Clinton and Governor Arnold Schwazenegger at Eko Hotel and Suites Penthouse.
The Publisher of THISDAY Newspapers as well as the host of the event, Mr. Nduka Obaigbena gave the opening remarks and welcomed the guests present. He also recognised the presence of other important personalities such as Mr. Atedo Peterside, Yemisi Ransome-Kuti etc. 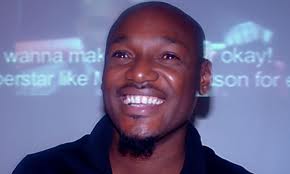 President Bill Clinton took the stage and gave a remarkable speech that earned him a standing ovation. In his words, “Nigeria needs Good Governance” while Governor Arnold Schwarzenegger said, “Don’t Always ask what can our country do for us, ask what can we do for our country”.
Awards presentations took place right after that and were presented by former beauty queen Helen Prest Ajayi and Mr. Jim Ovia, chairman of Zenith bank.

Order of Presentation of Awards.

New Champions For An Enduring Culture

kudos to all the winners!
Posted by afowzocelebstar