Beyonce: No disrespect intended to dead Challenger astronauts with song 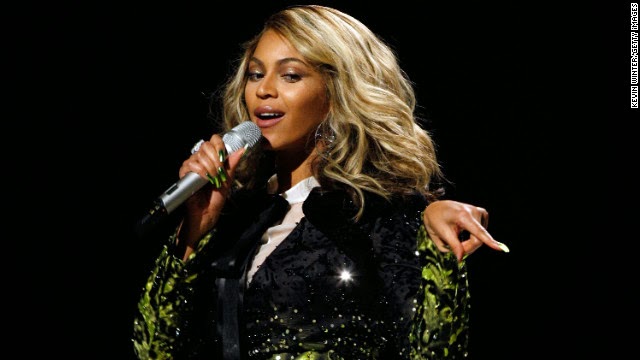 Beyonce defends using audio from the space shuttle Challenger disaster in a new song, calling it a "tribute" to the seven astronauts who died. The widow of Challenger's commander calls it "disappointing." The love song "XO" -- which was released on "The Visual Album" -- starts with the voice of ...
NASA public affairs officer Steve Nesbitt: "Flight controllers here looking very carefully at the situation. Obviously, a major malfunction." This is what spectators at Kennedy Space Center or those watching on CNN heard in the first seconds after seeing the booster rockets spiral out of control in the blue sky above the Atlantic Ocean, 73 seconds after Challenger lifted off on January 28, 1986. "The songwriters included the audio in tribute to the unselfish work of the Challenger crew with hope that they will never be forgotten," Beyonce said in a statement reported by ABC News on Monday.

"My heart goes out to the families of those lost in the Challenger disaster," Beyonce said in her statement. "The song 'XO' was recorded with the sincerest intention to help heal those who have lost loved ones and to remind us that unexpected things happen, so love and appreciate every minute that you have with those who mean the most to you."

The love song's lyrics include the verse: "We don't have forever, Baby daylight's wasting. You better kiss me before our time is run out." Dr. June Scobee Rodgers, whose husband was flight commander Dick Scobee, reacted with a statement to CNN TV affiliate Central Florida News 13 in Orlando.

"We were disappointed to learn that an audio clip from the day we lost our heroic Challenger crew was used in the song 'XO,'" she said.  "The moment included in this song is an emotionally difficult one for the Challenger families, colleagues and friends."The space agency also reacted. "The Challenger accident is an important part of our history; a tragic reminder that space exploration is risky and should never be trivialized," NASA spokesman Allard Beutel said. "NASA works everyday to honor the legacy of our fallen astronauts as we carry out our mission to reach for new heights and explore the universe. All seven crew members, including Christa McAuliffe, who would have been the first teacher in space, died in the Challenger explosion. well i say calm down NASA! alot more people who didnt know nor have any emotion for the case will now so rather than look at it from a myopic view look at the good here; its gonna be a tribute forever to those that died! must eveything be an insult!!!!