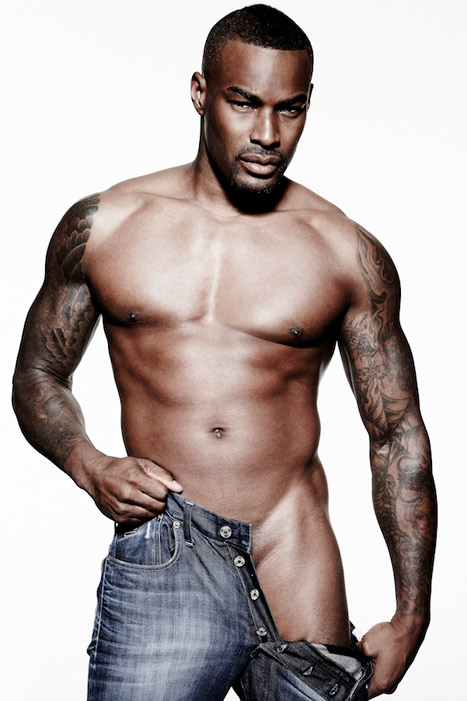 Tyson Beckford poses nearly nude in the July issue of British Cosmopolitan, but his reasons for doing so are hardly gratuitous. Following in the footsteps of The Voice's Adam Levine and Dallas' Jesse Metcalfe, the 42-year-old model agreed to strip down to ...
raise awareness of male cancers for Cancer Research U.K.

In his sexy centerfold, Beckford -- already half out of his jeans -- strikes a seductive pose and bares his muscular upper thigh. "You can get a new phone or new trainers but you've only got one body, so you have to look after it," the toned and tattooed star says of staying in shape. "I don't smoke or drink a lot of alcohol, and I train almost every day."
Beckford had no qualms about getting naked for photographer Antonio Petronzio. "I think this is probably the coolest thing I've done for a women's magazine, by far," Beckford says.
The Britain & Ireland's Next Top Model judge also reveals a not-so-surprising tidbit about another famous supermodel. "The most famous woman I've seen naked? Naomi Campbell," he tells the magazine.
The July issue of British Cosmopolitan is on sale June 4. It is also available on Apple Newstand.