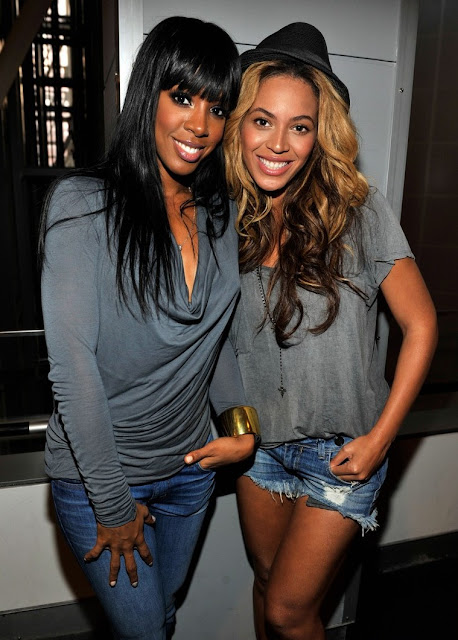 Kelly Rowland has revealed that she played her emotional track 'Dirty Laundry' for Beyoncé before releasing it. The song caused a stir when it was first released as it refers to Rowland's earlier feelings of resentment towards Beyoncé and a previous abusive relationship she was involved in. Rowland has now told radio station 93.9 WKYS that she had doubts about ...


putting the song on her new album because it is "just so much", though she also described it as a "form of therapy".
Asked about her supposed jealousy towards Beyoncé, Rowland explained: "I was young, you know? I was so young. That's the most that I can say about that - I was so young and in a relationship and my head was completely gone.
"That's just basically what happened and with my sisters, what matters to me the most right now is what we have. And I love her and Michelle more than anything, and they mean the world to me. I'm so grateful for what we have as sisters, away from Destiny's Child."
Rowland also revealed that Beyoncé and Williams have been supportive of the track, which she played for them before releasing it publicly.
"[Beyoncé's reaction] was endearing," she said. "It was, 'I never left!' Which was so sweet, and I was just like, 'Oh my God'. But yeah, it was endearing. It was real - she heard how real I was. She was just like, 'I'm so proud of you'." Rowland added that she was surprised to find herself breaking down during a recent performance of 'Dirty Laundry' in Washington DC.
"It's really weird when you take yourself out of being in front of a crowd," she said. "In that moment - and even the way I just sat up there and put my feet up - I felt like I was in therapy... I'm just up there singing and talking and explaining what happened, but it was like the crowd wasn't even there for a second.
"And then when the music stopped I was like, 'You are live, Kelly - calm down', and I had to calm down. In that moment, I was like, 'Okay, brr, breathe', and I was sitting up there breathing. I'm like, 'Okay, don't break down now!'"
She added: "You get lost and there's nothing wrong with being lost, but that was weird - that won't happen again! It was just so weird - it's very weird when that happens."