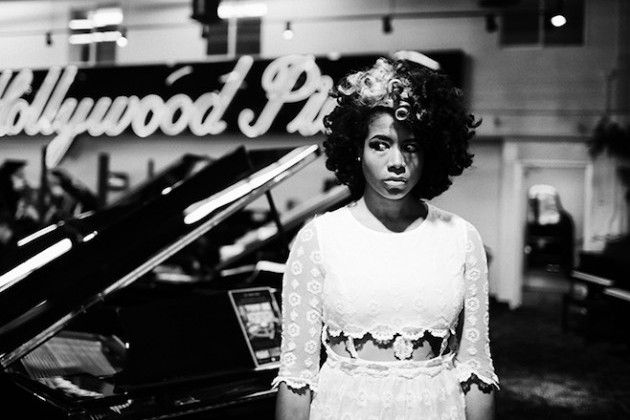 If you haven’t already heard, singer Kelis is finally bringing her quirky energy back to R&B. her newly finished sixth album is the tentatively titled ...
‘FOOD’, which will drop sometime in September, according to Pitchfork.com.
“I’m really excited, my album is done. It sounds like love and summer balled up into one!”
Kelis tweeted last week. The album’s provisional moniker would make sense as her already released first afrobeat-infused single is called ‘Jerk Ribs.’ It was introduced as ‘Call on Me’ when it first surfaced online. The single is currently available for free download Kelis’ sixth studio album was produced by TV on the Radio’s Dave Sitek. ‘FOOD,’ which is the follow-up to her 2010 LP, ‘Flesh Tone,’ will be released on Sitek’s label Federal Prism. Don't you just love the musical evolution that is Kelis!???!!!!