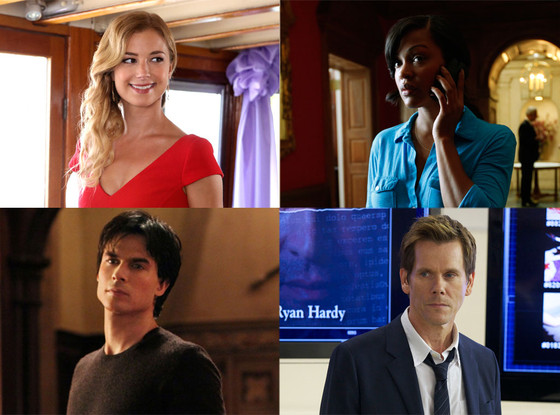 I'm so so sad (and a bit confused) to announce that some of my fav shows just got the boot!!! ABC, NBC, CBS, and FOX have revealed the full list of canceled shows for this year. Cancelled shows by CBS include ...
"CSI: New York", "Golden Boy", "Made in Jersey", "Rules of Engagement", "Partners", and "Vegas". "CSI: New York" has been running for a total of nine seasons before the network decided to pull the plug after increasingly lower ratings. "Rules of Engagement" has been running for seven seasons but "Vegas" and "Golden Boy" only lasted one season. The following is a full list of cancelled shows for 2013 by the major TV networks:

The Office (NBC): Over

Up All Night (NBC)

Made in Jersey (CBS)

How to Live with Your Parents (ABC)

Meanwhile, CBS has picked up some new series for this season. They include: