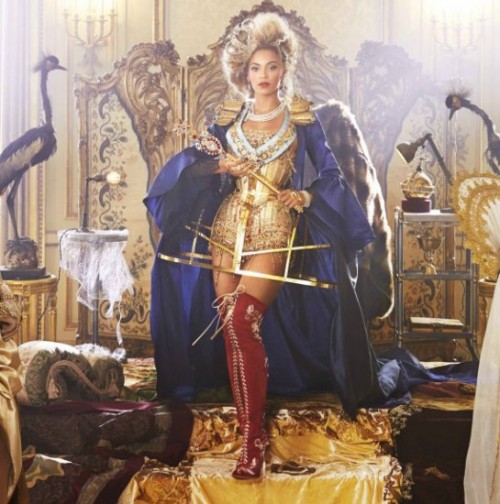 Beyoncé's tour rider reportedly includes water chilled to 21 degrees, $900 (£578) titanium straws and hand-carved ice balls. The singer's list of demands for the 'Mrs Carter Show' also includes new toilet ...
seats and red toilet paper. The 31-year-old, who is currently on a global tour, has reportedly specified that all her crew members wear clothes made from 100% cotton.
She is also said to have requested the largest changing room available at the O2 Arena for the London leg of the tour. The room was reportedly normally reserved for entire sports teams.
Beyoncé, who was recently named the new face of H&M, also apparently had her own curtains, sofas and rugs "to make her feel at home" during her six-night residency.
Here's my take on the issue. Its basically established that in 2013, Bey is at least in the Top 5 Head Bitches in the industry (Globally) so i guess demands are basically OK ... but there's a line i feel people should not cross and i'm sure i speak for the rest of the world when i say the queen has crossed the damned line. Lavishing yourself is one thing (and boy has she earned the right to indulge) but the whole cotton mess, the toilet paper mess; that's all BS and just plain going too far! this is all allegedly tho so it might not be true so lets hope its not.